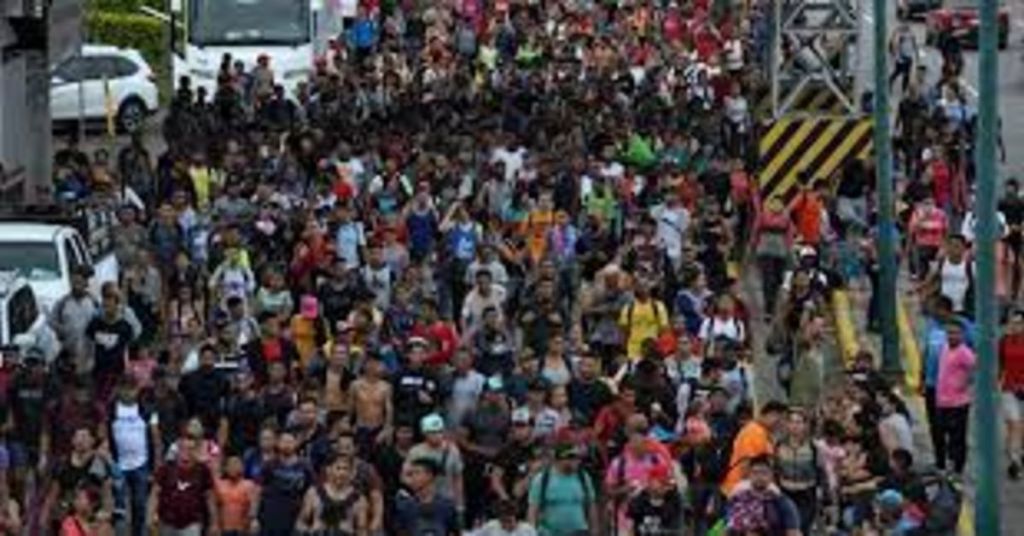 Most Latinos think the country should focus less on helping migrants enter the United States, a priority of the Biden administration and Democratic Party, according to a new poll.

Just over half, 51%, of Latino adults residing in the U.S. said it is more important for the country to help immigrants escape poverty and violence in their home countries than secure America’s borders and help U.S. citizens, Axios/Ipsos concluded in a poll published over the weekend. The poll did not ask respondents about their immigration status or if they were registered voters.

A substantial number of respondents polled in late July, 43%, said sealing the border is a greater issue, and 6% did not pick either option.

Latinos told pollsters they are more troubled by crime and gun violence, as well as inflation and supply chain breakdowns, than immigration. Two in five people said those issues were front of mind, compared to 1 in 4 who said immigration and climate change were the most concerning national issues.

Nevertheless, Newall said the survey is “a reminder that Hispanic Americans are not a monolith” on immigration, policing, and climate change.

"In particular, immigration is where things become more complex, and that shows the nuance that's needed, on both sides of the aisle, when talking about these issues,” Newall said.

Party ID has a strong correlation with views. On immigration, 61% of Latino Democrats and 54% of independents prefer to help immigrants, while 83% of Latino Republicans say it's more important to fend the border.

On policing, 70% of Democrats and 58% of independents want changes to protect people of color, while 77% of Republicans say it's more important to support the police.

The backstories of the poll participants mattered as well. About three-fourths of respondents of Central American origin said they cared most about helping immigrants get away from deprivation and violence — by far the highest of any group by origin.

The poll found significant conflicts by age, with those under 50 more likely to emphasize helping immigrants escape hardship and those over 65 placing a higher priority on securing America's borders. The poll was conducted among 1,012 Hispanic/Latino adults residing in the U.S. The survey had a margin of error of 3.8 percentage points.