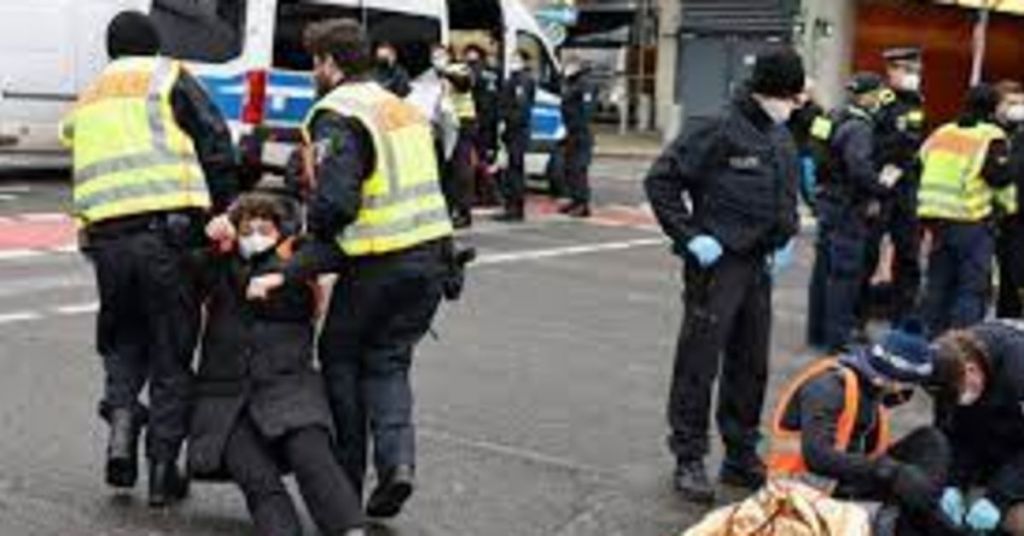 A bunch of environmental activists glued themselves to the frame of a copy of Leonardo da Vinci’s The Last Supper artwork in London on Tuesday, the latest in a series of disruptive protests.

Five activists with the climate change protest group Just Stop Oil glued their hands to the frame of the famous 16th-century painting after spray-painting the words “No New Oil” on the wall below.

And yesterday, two protesters associated with the group also glued themselves to the frame of The Hay Wain, a 200-year-old masterpiece by John Constable, at the National Gallery in London.

One protester said the group had chosen The Last Supper painting to emphasize the global food crisis that has been worsened by climate change and extreme temperatures.

“Food production is down and crops are failing,” he said, according to the Independent. “Any more oil production or new oil infrastructure projects are going to tip us over the edge possibly to 2 degrees of warming.”

“The future of this planet is facing its last supper in many regards,” he added.

Officials said they closed the room to the public and radioed police to the scene.

The Last Supper shows the famous scene where Jesus eats with his 12 apostles for the final time and warns one will betray him.

It is considered to have been painted by Giampietrino, a student of Leonardo Da Vinci, copying his masterpiece from about 1520.

One protester, Jessica Agar, a 21-year-old from Hereford, said: "I am an art student but there is no place for me to follow my calling as an artist in a world where I have no future.

"In no uncertain terms, the establishment - of which the Royal Academy is a part - has condemned me and all young people to suffer. I am outraged and you should be too."

On Tuesday, protesters tied their own "apocalyptic vision of the future" to the John Constable oil painting the Hay Wain and glued themselves to the frame.

Painted in 1821, the Hay Wain shows a hay wagon traveling across fields in the Suffolk countryside. It is one of the most popular paintings in the National Gallery.