Must See - Asa Vs. AOC? GOP Gov Turns On Trump And Gives A Prelude To An Unlikely Presidential Debate 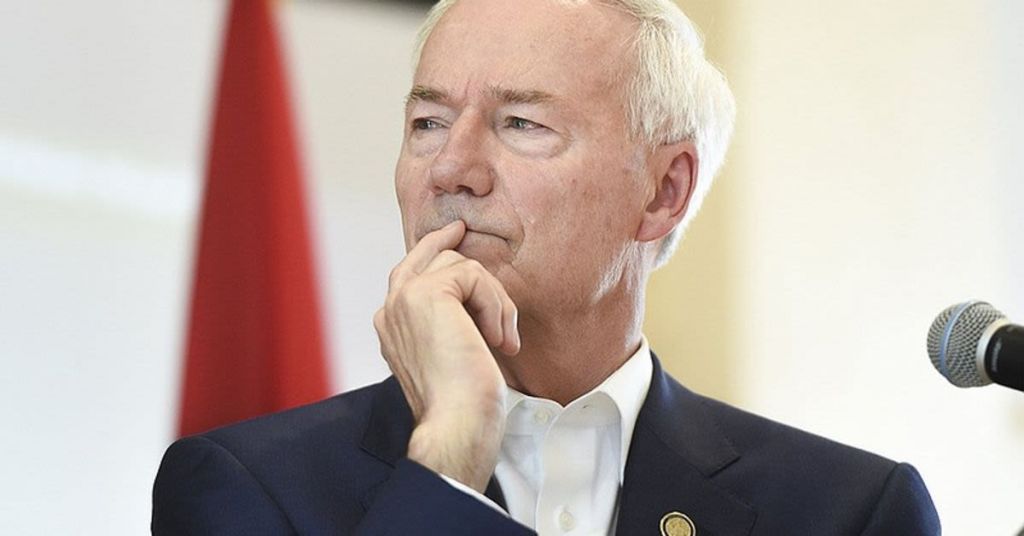 Arkansas Gov. Asa Hutchinson said Friday he is "laying down the foundation" for a potential 2024 presidential run that could see him encounter former President Donald Trump. The announcement comes less than one week after Hutchinson went on Meet The Press along with NY Rep. Alexandria Ocasio-Cortez to hash out the automatic Abortion law that was triggered in Arkansas.

Since AOC has been speculated to be looking at the presidency herself, many look at the appearance last Sunday as a preview of the most unlikely presidential debate in 2024.

But Hutchinson is backtracking off his MAGA support, and embracing the witch hunt commission most scripted day where bombastic and immediately disproven testimony was shared by a former aide to Mark Meadows who accused the President of trying to commandeer the Presidential Limousine to return to the capitol on January 6, an accusation the Secret Service immediately called out as a lie.

Regardless, the Republican governor of Bill Clinton's state - keep that in mind - said that testimony given to the House Jan. 6 committee over the past three weeks has revealed that Trump "acted irresponsibly" and was a "risk to the nation."

"That's not the behavior we want to see in a responsible president," he told CBS Mornings. "I will not be supporting him for 2024."

Hutchinson added that Trump lacked the features required to be an effective leader and that the former President "has disqualified himself" to lead the country based on his emotions leading up to and on Jan. 6.

"We have to go in a different direction for our country, for my party," he said. "I want to be a voice for commonsense conservatism, and we'll see how that resonates."

Hutchinson, who is term-limited and is not pursuing re-election, said he has been readying for a possible White House bid, experimenting the waters to see "if that is something that is going to be helpful to our country."

"No decision will be made until after this election in 2022," he added.

Hutchinson criticized Trump for being a threat to democracy and to "our institutions of government" and chided the former commander in chief for being "politically" and "morally" responsible for the Jan. 6 riot, but stopped short of saying he was criminally negligent.

The governor also mulled in on former White House aide Cassidy Hutchinson and her Tuesday testimony before the House Select Committee. He said he believed her and found her testimony to be "very compelling."

"She came across with a great deal of credibility," he said, adding that he understood the difficulty of "someone being 25 and being thrust into that incredible closeness to history" and having the courage to stand up to something she understood to be fundamentally wrong.

"My heart goes out to those that stood really firm at that time, and I think [Hutchinson] clearly demonstrated her concern and love for our country," he said.

Hutchinson testified for two hours that Trump was irate by efforts to keep his armed supporters from attending his speech before many of them marched to the Capitol. The one-time White House intern said she grew disgusted by Trump's refusal to stop the rioters.