Woke Waste: While Americans Were Struggling To Buy Food, Biden Was Giving Money For This Ridiculousness 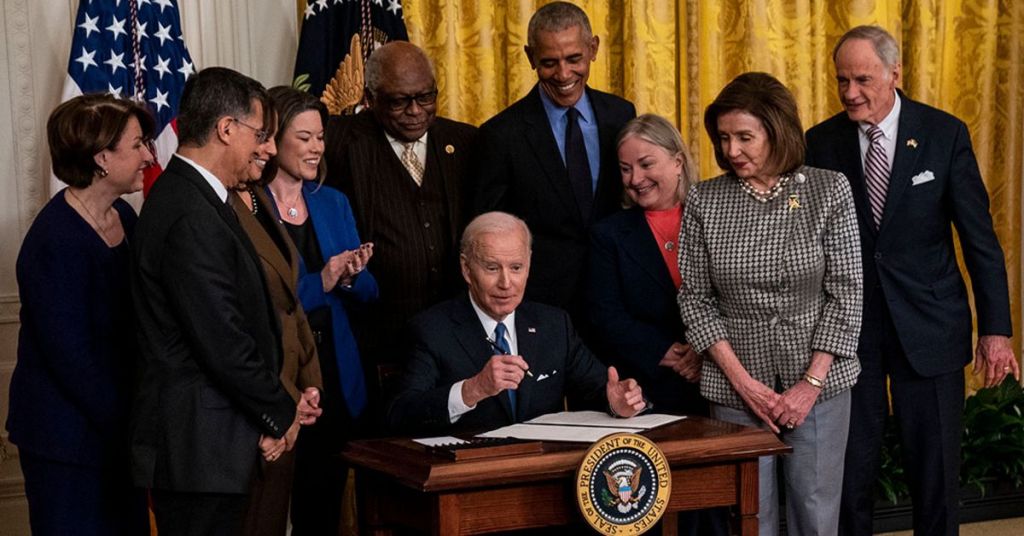 Hundreds of thousands of taxpayer dollars from President Biden’s $1.9 trillion COVID-19 relief package headed towards "under/unemployed oral historians" and their research related to studies in anti-racism and Indigenous and "Latinx" past.

The American Rescue Plan (ARP) Act, which Democrats passed in March 2021 without any Republican backing, was billed by the Democratic Party as an economic condition for getting the nation through the COVID-19 pandemic. The National Endowment for the Humanities (NEH), which received $135 million from the plan, declared last October that it had allotted $87.8 million in ARP funds to "nearly 300 cultural and educational institutions to help them recover from the economic impact of the pandemic, retain and rehire workers, and reopen sites, facilities, and programs."

Although, many of the institutions were awarded grants for projects that had virtually little to do with addressing recovery attempts from the pandemic.

The Oral History Association, for example, got $825,000 in ARP funds for a grant-making project titled, "Diversifying Oral History Practice: A Fellowship Program for Under/Unemployed Oral Historians," which provided eleven year-long fellowships of $60,000 each for oral historians "from communities which have been historically marginalized in the field," like "Indigenous peoples, people of color, people with disabilities, and working-class people."

Recipients of the $60,000 grants included Elizabeth "Beth" Castle, a "Shawnee-ancestors anti-racist educator," to form "A Collaborative Oral History of the Fight Against Mineral and Uranium Mining in the Black Hills, the Origins of the Global Indigenous Movement, and the Ongoing Struggle to Protect the People who Protect Mother Earth."

Another $60,000 grant recipient contained oral historian Virginia Espino for her project examining the "intimate histories of working-class Latinx, Afro-Latinx and Indigenous people in Los Angeles with the goal of recovering and recording the experiences and rebellious ideas that inform the ordinary lives of women who are invisibilized when not stereotyped."

Colette Denali Montoya-Sloan, a queer, Indigenous librarian/archivist, got a $60,000 grant to develop an oral history of the "collective emotional, intellectual, and spiritual experience of creating" the new Visitor Contact Station at the Katahdin Woods and Waters National Monument in northern Maine.

The Oral History Association was previously given $50,000 in ARP funds to maintain staff positions throughout the COVID-19 pandemic and to post oral histories on the web. It is only one of dozens of cultural and educational institutions that were granted millions in ARP funds by the NEH for programs pushing social and climate justice.

For example, the NEH awarded $50,000 in ARP funds for a nonprofit organization in the Northern Mariana Islands called 500 Sails for "reopening programs that teach Indigenous canoe-building and explore pre-colonial sea life."