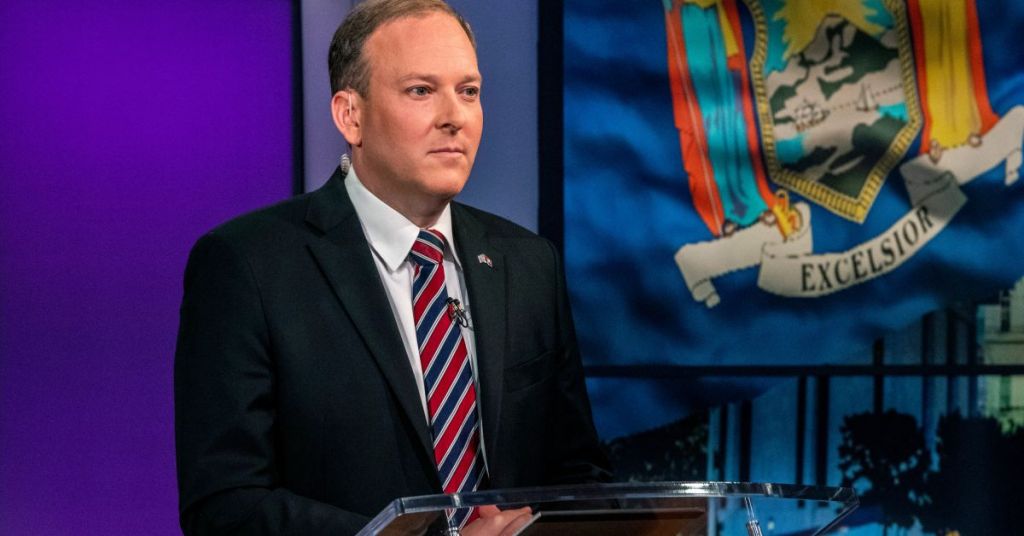 Zeldin was slammed by his Republican competitors for not backing Trump enough and attacked by Democrats for being too close to Trump. The four-way primary, which also included businessman Harry Wilson, was incidental after most Republican leaders in the state said they would back Zeldin when he announced his run in April 2021, according to Politico. At the time of his announcement, Zeldin expected to face former Gov. Andrew Cuomo for the seat, but Cuomo resigned after a series of sexual harassment claims in August of last year.

“We thought through this race from 100,000 different dimensions and — it’s in our TV ads. I’ve said it during rallies,” Zeldin said. “I feel it personally even when I don’t express it publicly: I’m all in. Losing this race is not an option. I believe that winning this race for us is the only option, and every day that goes by, I am more confident in the plan.”

Zeldin held a fluctuating lead over Giuliani in the last days of the primary campaign, polling 34.5% to Giuliani's 28%, with a margin of error of plus or minus 5 percentage points.

The last Republican governor of New York was George Pataki, who was in office from 1995 to 2006.

Hochul won the Democratic nomination for a full gubernatorial term by beating back a primary challenge from Rep. Tom Suozzi, among other candidates.

On Tuesday, the impact or irrelevance of Zeldin's associations with one or both of New York’s recently scandal-scarred sons could reveal itself in the winner of the four-way Republican primary, which Zeldin and state party officials maintain he is primed to clinch.

In an interview, the four-term congressman dismissed off a recent Siena College poll showing Andrew Giuliani — a former Trump aide and son of former New York City Mayor Rudy Giuliani who has never held elected office and has little more than $300,000 in his campaign account — is viewed more favorably by Republicans than him.

He wouldn’t have jumped into the race at all, Zeldin said, if he didn’t have a detailed roadmap to victory on Election Day.