Watch This Cringeworthy Interview And Ask, 'How Did Kamala Become The World's Most Powerful Woman?' 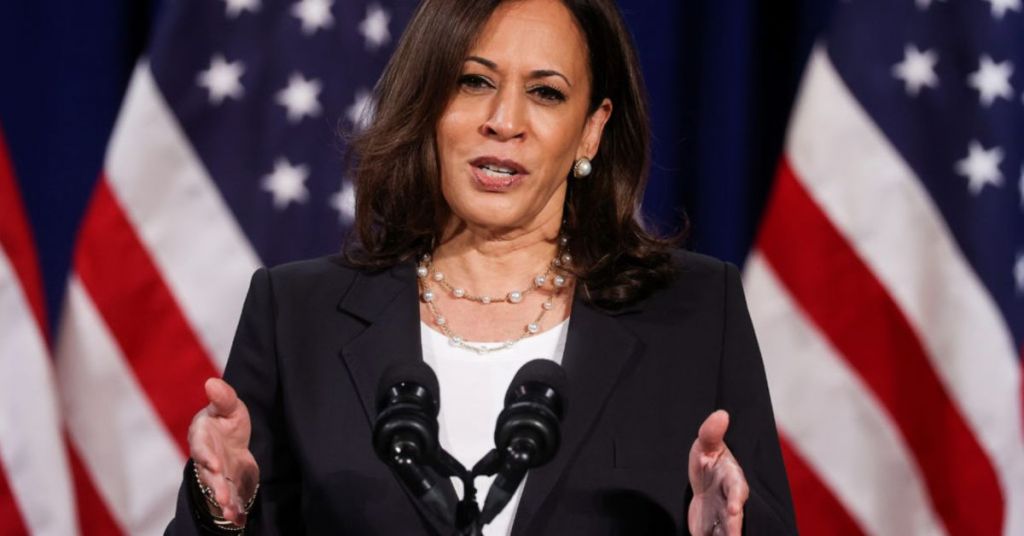 Harris cautioned, "everyone has something at risk on this" on CNN after the high court scuttled federal abortion protections in its most dramatic ruling in modern history.

She attempted to strike a personal tone by commenting on its effect on her own life.

Journalist Dana Bash offered, "And as a woman yourself?"

However, when it came to demanding the Senate abolish the filibuster, she broke from fellow Democrats who are further angered about the ruling.

"Right now, given the current composition of the Senate, the votes aren't there," Harris stated.

"I understand why you're asking that question," she went on. "But the reality of it is, we don't even get to really answer that in terms of whether it happens or not, if we don't have the numbers in the Senate."

"And again, that's why I keep coming back to the importance of an election that is only 130-odd days away."

All 50 Democrats in the Senate would have to vote in lock-step to abolish the filibuster, something conservative Democrat Senators Joe Manchin and Kyrsten Sinema have stood against in the past. Their opposition to the maneuver tanked President Joe Biden's efforts to pass his Build Back Better agenda as well as federal voting rights legislation.

Although given the immediate effect the high court's ruling has on potentially millions of women, Democratic leaders up to House Speaker Nancy Pelosi have pressed the upper chamber to scuttle the filibuster.

"It is clear from how Donald Trump and Mitch McConnell stacked the Supreme Court that elections have ramifications," Pelosi announced in a letter to colleagues on Monday.

"It is essential that we protect and expand our pro-choice Majorities in the House and Senate in November so that we can eliminate the filibuster so that we can restore women’s fundamental rights – and freedom for every American."

Earlier in the interview, the vice president recounted the moment she understood the Supreme Court upended five decades of precedent on Friday.

Harris further rebuffed calls from progressive Democrats to open abortion clinics on federal land in states where the procedure is banned or will be outlawed in the near future.

The vice president said to CNN's Dana Bash that she was aboard Air Force Two heading to an event on maternal health in Illinois when the news broke.