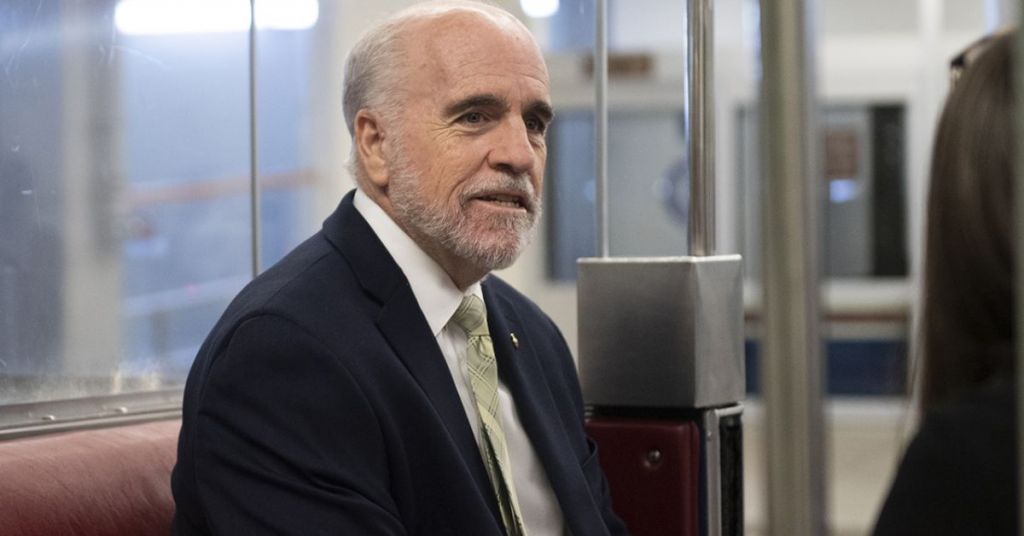 The man in charge of guarding the Senate throughout the Capitol riot has died only a day before the Committee investigating the attack was supposed to reveal new proof in a surprise session.

Michael Stenger, 71, was the Sergeant at Arms of the Senate on the day of the tried insurrection.

He left amid denouncement he had failed to respond effectively to the building being raided.

His sudden death on Monday came the same day an unexpected further hearing of the committee investigating the riot was declared.

The committee is supposed to hear from Cassidy Hutchinson, an aide to Donald Trump's chief of staff Mark Meadows, on Tuesday.

Hutchinson will be the first White House employee to testify publicly before the committee.

In a private meeting Hutchinson previously announced Meadows was cautioned in advance that there could be trouble on January 6.

Her video deposition was used to back the committee's claim that several of the Republicans later sought presidential pardons.

"We had intel reports saying that there could potentially be violence on the 6th," Hutchinson said to the panel, in a part of a transcript shared in court documents in April.

And Mr. Meadows announced: "All right. Let's talk about it."

Hutchinson was present throughout meetings between Meadows and many House Republicans who supported Trump's attempt to overturn the 2020 election.

She further announced that she saw Meadows burn documents.

Meadows has been subpoenaed by the committee, though declined to cooperate.

"I know that he was on several calls during the rally," Hutchinson testified.

"And I went over to meet with him at one point, and he had just waved me away, which is out of the ordinary."

The shock additional hearing was reportedly kept a secret in part owing to security threats to a witness, the Washington Post reported.

Stenger previously worked in the United States Marine Corps, and spent 35 years in the Secret Service.

He was the chief law enforcement officer and head of protocol for the chamber since April 2018.

In February 2021, Stenger said to the Senate Homeland Security Committee that the role of "professional agitators" had to be investigated.

He stated: "There is an opportunity to learn lessons from the events of January 6."

"Investigations should be considered as to funding and travel of what appears to be professional agitators."

"First Amendment rights should always be considered in conjunction with professional investigations."

Stenger was born in New Jersey, and attended Fairleigh Dickinson University in the state, graduating with a BA in arts.