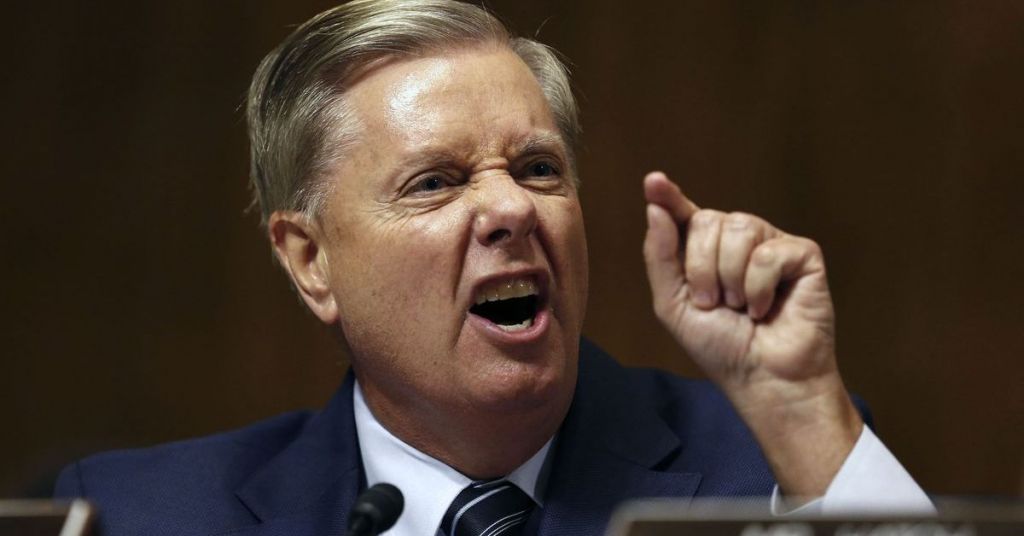 "President Trump deserves the lion's share of credit here. He fought like a tiger to put three constitutional conservative judges on the court. He stood behind Kavanaugh and all of us who've been working for the last 50 years to get this right to have a constitutional reset," Graham said on "Fox News Sunday."

Trump successfully picked three candidates to serve on the Supreme Court during his tenure as President, giving the court a conservative majority. The court voted 6-3 to overturn Roe v. Wade on Friday, which effectively ended the recognition of abortion as a constitutional right.

Trump celebrated the decision, claiming the ruling "will work out for everybody" as state’s will now hold more power on abortion access.

"This is following the Constitution, and giving rights back when they should have been given long ago," Trump told Fox News.

The former President did not take credit for any role in the landmark abortion decision in his remarks to Fox News, saying instead that "God made the decision."

“This brings everything back to the states where it has always belonged,” Trump also said. “This is following the Constitution, and giving rights back when they should have been given long ago.”

The former president is widely credited with laying the groundwork for the Court’s decision overturning abortion rights protections, which he addressed in a statement Friday.

It was Trump’s three selectees to the court — Justices Neil Gorsuch, Brett Kavanaugh and Amy Coney Barrett — who formed the backbone of the 5-4 majority that threw out past decisions upholding abortion rights.

This decision and others from the court that have been hailed by conservatives “were only made possible because I delivered everything as promised, including nominating and getting three highly respected and strong Constitutionalists confirmed to the United States Supreme Court,” Trump said in a statement issued Friday.