Gauntlet Tossed: 'Train-Wreck Kamala' Challenged To A Basketball Game - Loser Has To Visit The Southern Border 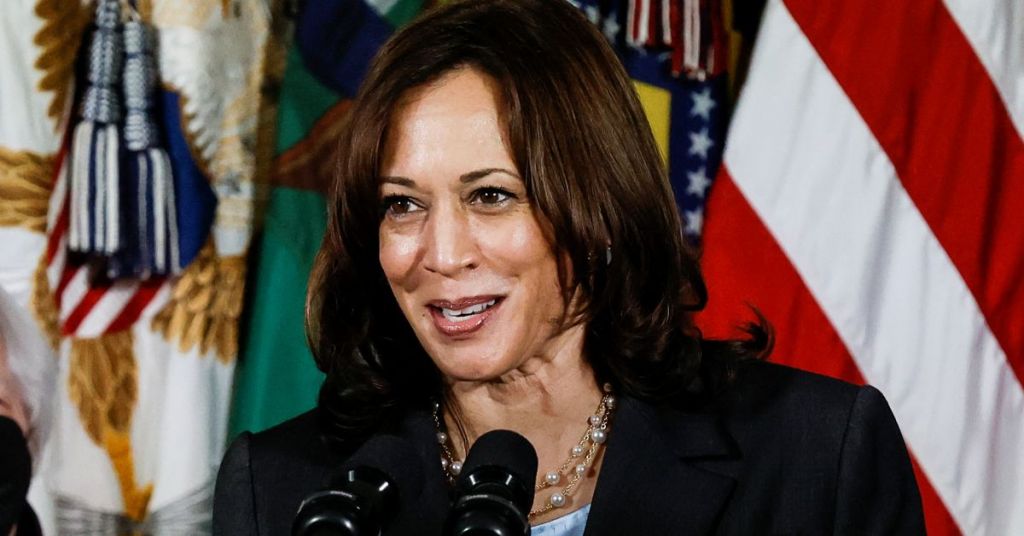 Kat Cammack is challenging Kamala Harris to a one-on-one game of basketball. The stakes? A visit to the southern border.

The Republican Florida congresswoman said to DailyMail.com that if the vice president wins the game then she can choose what the stakes are on her end.

The challenge comes after a video appeared of Harris on Wednesday attempting – and failing many times – to make a basketball in the hoop.

Harris celebrated the 50th anniversary of Title IX by visiting a middle school in Washington, D.C. for their "field day" on the campus of American University where she was caught awkwardly maneuvering a basketball in heels and a pants suit.

She missed five shots before making one.

Cammack, who played basketball for her whole adolescence, joined House Minority Leader Kevin McCarthy and a group of other Republican Study Committee members as they hosted student and professional female athletes at the Capitol who were bested by biological males competing in the female division.

Throughout a press conference for the event she announced that in the spirit of celebrating women in sports, she would love to challenge Harris to a basketball game.

If Harris lost, although, Cammack announced that she would have to visit the border.

President Joe Biden put Harris in charge of the southern border crisis in her role as VP – though she has only visited the border once in her year and a half in the part when she went to El Paso under immense pressure from those who denounced her for evading viewing the problem first hand.

Harris seems not to be a star athlete - taking six tries to make a basketball in the hoop on Wednesday.

Field Day was hosted by the U.S. Department of Education and the Women's Sports Foundation.

"Fifty years, Title IX created space for girls and women to be more. To be bigger and brighter and stronger and smarter and more capable and courageous," Dr. Biden announced. "It's made our schools and our colleges become more fair."

"Title IX is who we are as a nation," the first lady, who is a community college professor, said to the crowd.

King pressed the government to guarantee schools are complying with Title IX.

"The primary beneficiaries of Title IX have been white, suburban girls," the tennis star announced.