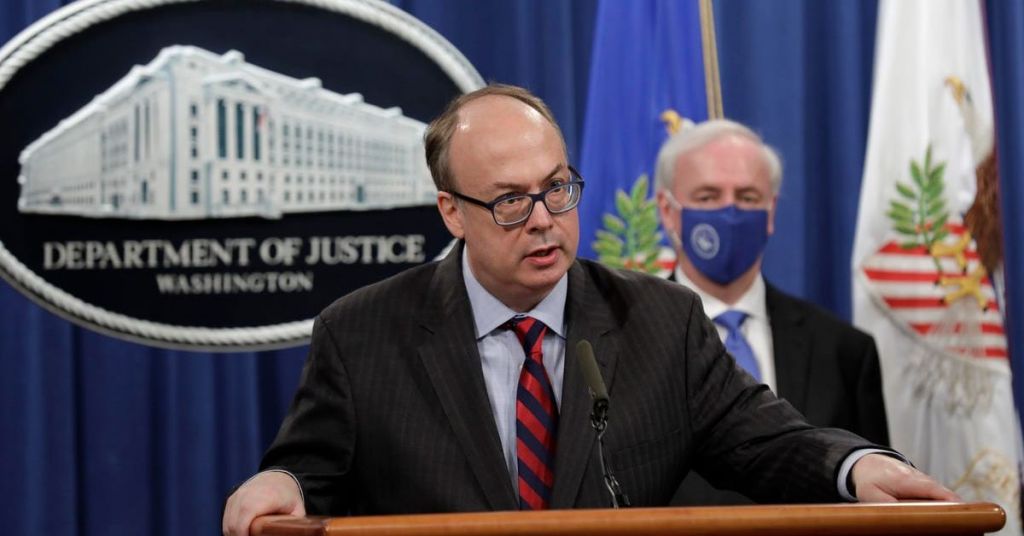 Federal agents explored the home of a former Trump Justice Department official concerned with overturning the results of the 2020 election.

Investigators searched the home of Jeffrey Clark in Lorton, Virginia, on Wednesday. Clark was a key player in former President Donald Trump's endeavor to get the Justice Department to back his claims of widespread election fraud.

A spokesperson for the U.S. Attorney's Office in Washington verified that there was law enforcement activity "in that area yesterday" but declined to provide further information in a statement to ABC news.

Clark, who was the director of the DOJ's civil division during the Trump administration, has been tied to a proposal to intervene in Georgia's certification process. Trump is believed to have preferred him to replace Jeffrey Rosen, the acting attorney general, to lead efforts to challenge President Joe Biden's victory.

Clark was subpoenaed by the Jan. 6 committee last October for his testimony and records to provide a clearer picture of his role in efforts at the Justice Department and who in the administration was involved.

The search came a day before the Jan. 6 committee's Thursday hearing, which is expected to focus on Trump's efforts to "corrupt the Justice Department," Chairman Rep. Bennie Thompson (D-MS) said Tuesday.

However, the former president chose not to dismiss Rosen after he was told during an early January meeting in the Oval Office that top DOJ officials and White House counsel Pat Cipollone would quit if he went through with the program, according to the 394-page report released last week from the Senate Judiciary Committee, which was based on the testimony of former officials and documents.

“The Select Committee needs to understand all the details about efforts inside the previous administration to delay the certification of the 2020 election and amplify misinformation about the election results. We need to understand Mr. Clark’s role in these efforts at the Justice Department and learn who was involved across the administration. The Select Committee expects Mr. Clark to cooperate fully with our investigation," Chairman Bennie Thompson said in a statement.

The subpoena compels Clark to produce records and testify at a deposition on Oct. 29.

Clark was leased by the New Civil Liberties Alliance as the conservative civil rights group's chief of litigation and director of strategy during the summer, but a Washington Examiner review of the NCLA website and the Internet Archive's Wayback Machine appear to show that all signs of his employment there have been scrubbed.

Clark chose not to sit for an interview, the Senate Judiciary Committee report said. Sen. Dick Durbin, chairman of the panel, has asked the D.C. Bar to open an investigation into Clark.