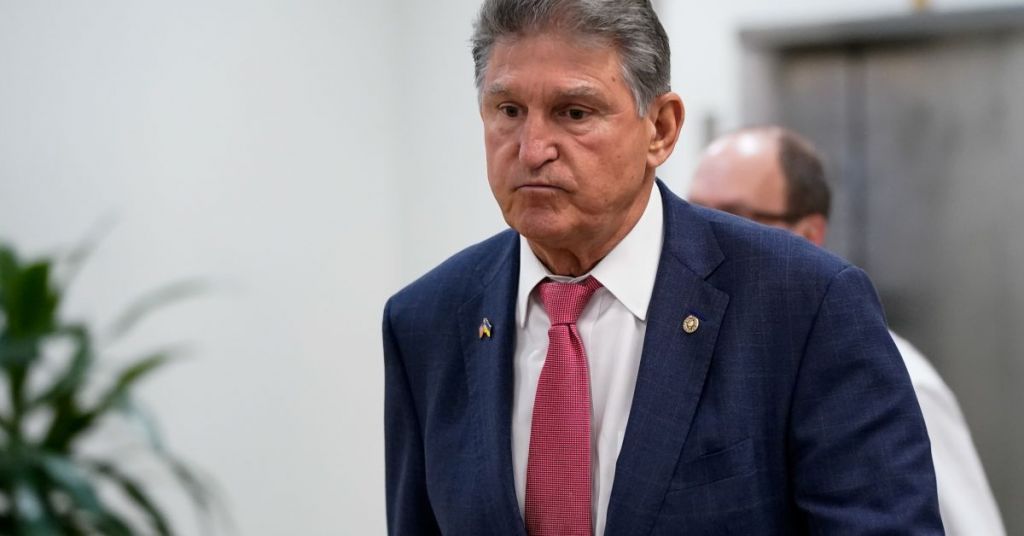 At least one Democratic senator has signaled he’s currently not on board with President Joe Biden’s plan to call for a federal gas tax holiday.

Senator Joe Manchin (D-WV) showed on Wednesday that he has not signed on to the notion.

“I’m not a yes right now, that’s for sure,” Manchin explained to an ABC News reporter ahead of Biden’s Wednesday announcement.

“Now, to do that and put another hole into the budget is something that is very concerning to me, and people need to understand that 18 cents is not going to be straight across the board — it never has been that you’ll see in 18 cents exactly penny-for-penny come off of that price,” he went on.

Biden’s call for a three-month pause on the country's federal gas tax was presented as a way to fight “Putin’s price hike.” The move would cut the cost of unleaded gas by 18 cents per gallon and diesel by 24 cents per gallon.

“President Biden understands that a gas tax holiday alone will not, on its own, relieve the run-up in costs that we’ve seen,” a White House statement announced. “But the President believes that at this unique moment when the war in Ukraine is imposing costs on American families, Congress should do what it can to provide working families breathing room.”

“I understand that many factors contributed to the business decisions to reduce refinery capacity, which occurred before I took office. But at a time of war, refinery profit margins well above normal being passed directly onto American families are not acceptable,” Biden wrote.

Biden’s letter summed with a plea for help from America’s oil companies.

“I request that you provide the Secretary with an explanation of any reduction in your refining capacity since 2020, and any ideas that would address the immediate inventory, price, and refining capacity issues in the coming months — including transportation measures to get the refined product to market,” he summed.

It’s not the first time the Democrat has not reflexively backed the president’s agenda. In May, Manchin declared his plan to vote against his party’s abortion bill, stating that it goes too far, though he argued he would support a codification of Roe v. Wade.

The Women’s Health Protection Act, a bill blocked in a February vote, was blocked again in May after all 50 Republicans and Manchin opposed the proposal.