SCOTUS: Sotomayor Turns Her Back On Fellow Justices With One Statement 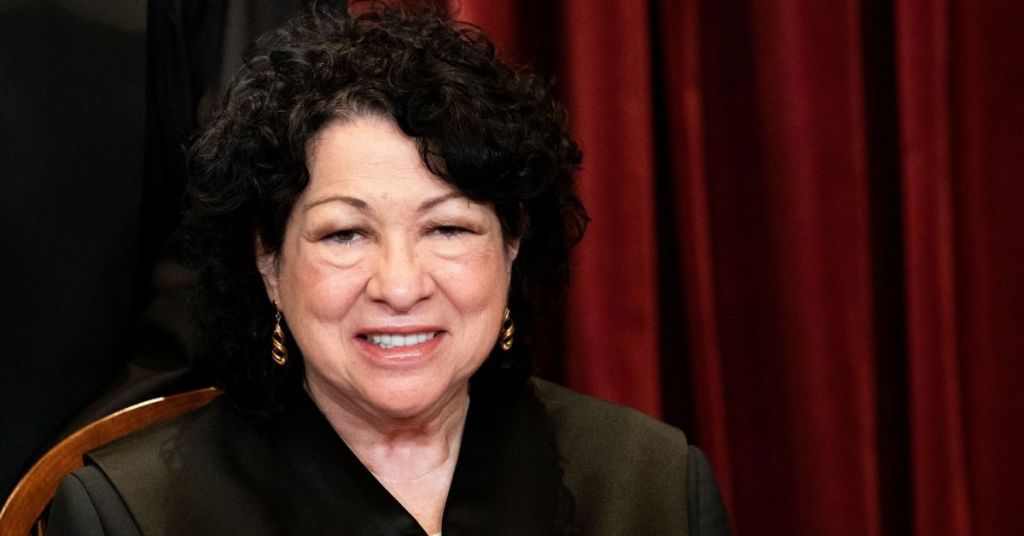 Supreme Court Justice Sonia Sotomayor blamed the conservative members of the court for working to “dismantle the wall of separation between church and state” in a blistering dissent issued on Tuesday.

The Court declared its 6-3 ruling in the case Carson v. Makin, with the majority holding that the government could not ban taxpayer-funded tuition assistance from being utilized by citizens for private religious education.

Justice Roberts, in the majority, wrote, “Maine’s ‘nonsectarian’ requirement for its otherwise generally available tuition assistance payments violates the Free Exercise Clause of the First Amendment. Regardless of how the benefit and restriction are described, the program operates to identify and exclude otherwise eligible schools on the basis of their religious exercise.”

“This Court continues to dismantle the wall of separation between church and state that the Framers fought to build,” Sotomayor wrote in her dissent. “In just a few years, the Court has upended constitutional doctrine. shifting from a rule that permits States to decline to fund religious organizations to one that requires States in many circumstances to subsidize religious indoctrination with taxpayer dollars.”

Sotomayor continued to voice her concern over where such a choice might ultimately lead the Court, stating, “Today, the court leads us to a place where separation of church and state becomes a constitutional violation.”

Pradheep Shanker disagreed with Sotomayor’s assessment, though, stating that she effectively had the argument backward.

“If you take Sotomayor’s reasoning to the full extent, every religous based outfit can never participate in the public square fully. If you are atheist, you can. This was always an obvious violation of the 1st amendment. Sotomayor blew it,” he went on, adding, “The state cannot bar religious outfits from participating in public programs any more than they can block anyone else. Sotomayor would make a SPECIAL class of believers (religious) that are excluded. Religion was never supposed to be separated from the public square.”

Shanker’s conclusion was straightforward: if the government did not want to fund religious private schools in addition to nonsectarian private schools, it always had the opportunity to fund none of them at all.

“Government always has the choice to stop spending the money at all. But as long as they are spending, they can’t exclude you ONLY because you believe in a faith system.”