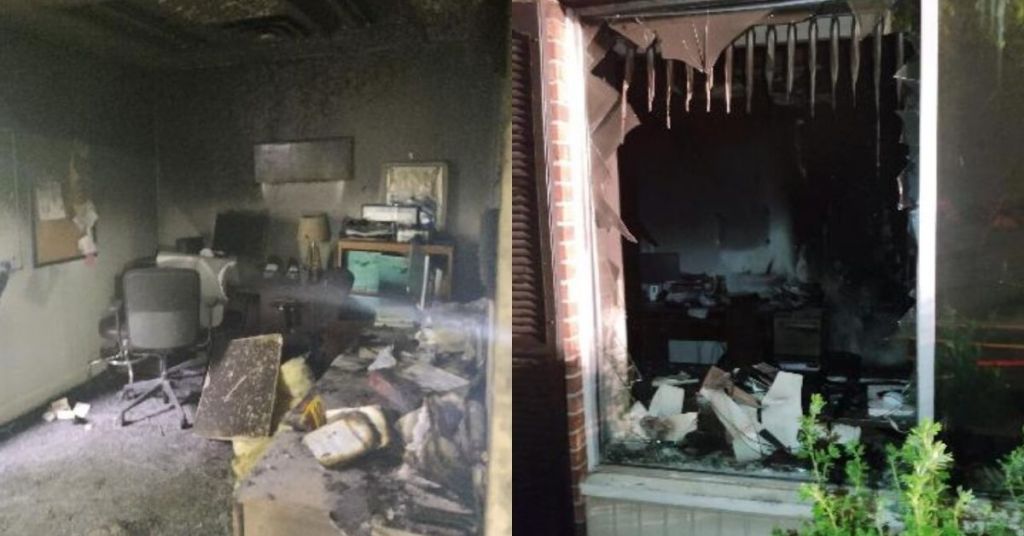 In the wake of a firebombing at a Buffalo, New York pregnancy center earlier this month, an Antifa group was discovered praising the attack on Twitter.

The group, Antifa Sacramento, took footage posted to Twitter earlier this month by local WGRZ reporter Dave McKinley, and called the first 17 seconds of ACDC’s song "Thunderstruck" over the footage of the burned out building’s interior.

McKinley had posted the video to Twitter the same day that a CompassCare facility in Buffalo was assaulted, with windows being shattered and fires being set inside the building.

"Not sure why, but the first 17 seconds of Thunderstruck goes perfectly with this 17 second video of the aftermath of the firebombing of the anti-Abortion, CompassCare that recently occurred in Buffalo, NY area," Antifa Sacramento tweeted shortly following the attack, with the hashtags "Death To Patriarchy" and "Death To White Supremacy."

The group further posted an exterior shot of the building, which had been graffitied with the stating "Jane was here."

On June 15, the group reposted McKinley’s video, this time with "Thunderstruck" playing in the background.

"Solidarity! And Sound on! Here's the aftermath again of the firebombing of CompassCare, the anti-abortion center in the Buffalo, NY area!" Antifa Sacramento posted to Twitter.

The post was accompanied by the hashtags "Death To Patriarchy" and "Jane’s Revenge."

The pro-abortion militant group Jane’s Revenge has apparently taken credit for the Buffalo attack as well as over a dozen others across the nation, many of which have included vandalism and arson.

The group has stated that "your thirty days expired yesterday," and that now "we will make it as hard as possible for your campaign of oppression to continue."

The group has called for others to go out and assault different pro-life centers across the US, and has called for, alongside other pro-abortion groups, a "night of rage" the night that the Supreme Court decides of Dobbs v Jackson Women's Health, which could see the overturning of Roe v Wade.

"And for the allies of ours who doubt the authenticity of the communiqués and actions: there is a way you can get irrefutable proof that these actions are real. Go do one of your own. You are already one of us. Everyone with the urge to paint, to burn, to cut, to jam: now is the time. Go forth and manifest the things you wish to see. Stay safe, and practice your cursive," they wrote.