Many Speculate This Man Could Be Trump's New Veep 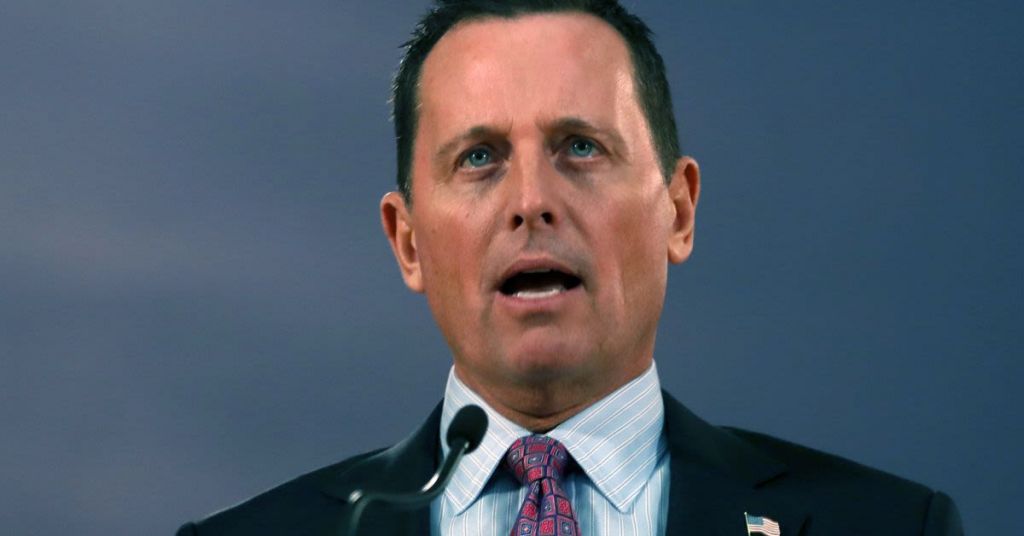 Former Acting Director of National Intelligence Ric Grenell is supposed to speak in Iowa this week amid early speculation that he is among 2024 vice presidential possibilities for former President Donald Trump.

Grenell is supposed to speak Wednesday before the Westside Conservative Club in Urbandale, Iowa, the group announced on its Facebook page.

Grenell wrote on Twitter that he further will address the Dallas County GOP on Thursday, and he will be speaking regarding "Donald Trump’s America first strategy."

Trump hasn’t revealed if he’ll run in 2024, though his standard answer when questioned is that his followers will be "very happy" with his choice.

In a November story regarding possible running mates, Politico reported that Grenell "has also risen in the estimation of Trump insiders."

"Don’t sleep on Ric. Trump loves him, and unlike [Mike] Pompeo or anyone else, he has no interest in running for president. That's a big issue for Trump," a Trump adviser explained to Politico.

Grenell said to Newsmax in March that became "infuriated" after Democrats, complicit former intelligence analysts, and their friends in the media, effectively utilized disinformation to sway the 2020 presidential election in President Joe Biden's favor.

"It's infuriating to see people manipulate intelligence for political gain and then have all of the newsrooms in Washington, D.C., completely ignore it," Grenell said to "Spicer & Co.," pointing to the Hunter Biden laptop story in October 2020 and the fact that mainstream media outlets are starting to acknowledge the laptop's existence after earlier skepticism regarding the matter.

"This is what happens in Third World countries, Sean," Grenell added to host Sean Spicer. "This is when propagandists protect the ruling party. We have a huge crisis, and there's a big collective yawn in all of Washington, D.C."

Appearances like those scheduled in Iowa could fuel more speculation that Grenell might be angling to be Trump’s running mate in 2024.

Iowa traditionally has been the first state to hold its presidential nominating contest. Iowa will hold the first-in-the-nation caucuses in 2024, GOP leaders declared in April.

Grenell further campaigned for Adam Laxalt before Nevada’s U.S. Senate Republican primary last week. Laxalt, who had been praised by Trump, prevailed in the primary.

Grenell, 55, further is a former United States ambassador to Germany, and under Trump served as a special presidential envoy for Serbia and Kosovo peace negotiations.

“A lot of times, a presidential candidate will pick a running mate to balance out wings of the party. But with Trump, that’s not the issue. He is the party, basically. It’s so united behind him,” said John McLaughlin, one of Trump’s campaign pollsters. “So his choice, if he runs, will come down to what he wants. It would be a much more personal decision this time.”