AOC Alert: Here's Why The Socialist Is Getting Rid Of Her Electric Car 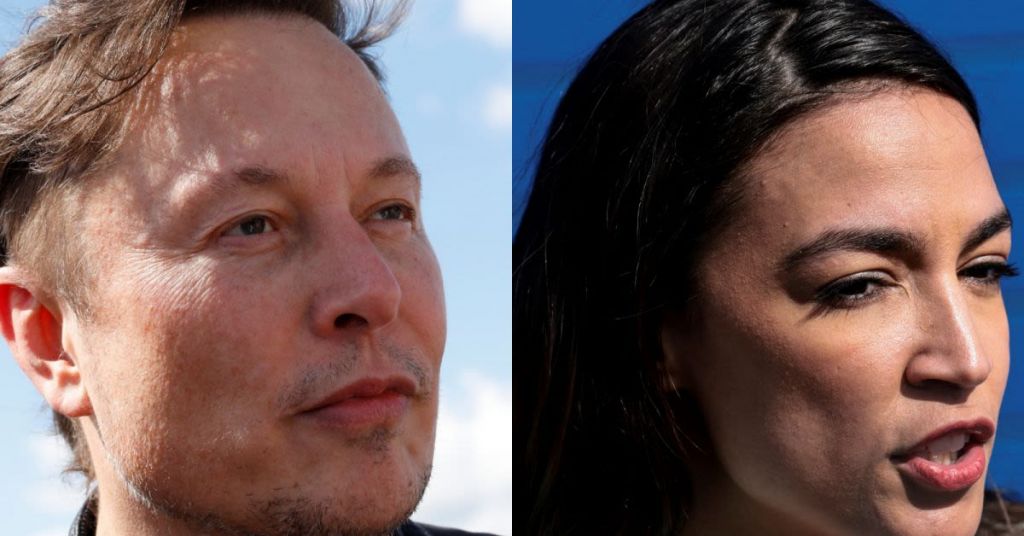 AOC has declared intentions to ditch her Tesla, weeks after Elon Musk told her to cease flirting with him on Twitter.

The Green New Deal-backing Alexandria Ocasio-Cortez, 32, explained to Bloomberg in an interview Wednesday that she wants to switch to an electronic car that is made domestically by unionized workers.

For now, the only such vehicles she could consider are Ford's huge F-150 Lightning truck, which will be released later this year, or a Chevy Bolt.

The Democrat explained to the network that she bought her Model 3 in 2020 when Covid-19 started.

AOC announced that it was the only electric car that could get her from her Bronx-Queens district to the country's capital for one "one, or one-and-half charges."

Now the proud member of the squad states: "I would love to switch."

AOC argued it was because she wants to back a manufacturer with a unionized production line, yet her timing has raised questions.

Only a few weeks ago, Musk jokingly told her to cease flirting with him after she took to Twitter to scold about the billionaire's intended purchase of the social media network.

AOC's Tesla Model 3 was spotted parked illegally outside a Whole Foods in Washington D.C. in May 2021.

The $35,000 Tesla with New York plates and a Congressional parking pass was pictured in a no-parking zone near AOC's luxury DC apartment on May 14, 2021, the Washington Free Beacon reported.

Sources explained to the Free Beacon that AOC had been witnessed driving a white Tesla in the neighborhood.

When questioned regarding Tesla CEO Musk's recent announcement that he will vote Republican from now on having previously voted Democrat, AOC stated: "He's a billionaire. I could care less what he thinks."

Musk's multi-billion dollar purchase of Twitter is on hold while the South African-native investigates the company's user reports.

In April, when AOC tweeted about "some billionaire with an ego problem," Musk replied to her message jokingly, stating: "Stop hitting on me, I'm really shy."

AOC got engaged to her long-term partner web developer Riley Roberts in Puerto Rico in April 2022.

The banter went on with AOC later screenshotting her tweet regarding Musk having an ego problem, writing in that message: "like I said, ego problems."

When asked why she deleted the original tweet, AOC stated: "I try to avoid giving people with massive ego complexes like this the attention and QTs/replies they crave and are seeking (when I can help it )."

While over on her Instagram story, AOC posted a screenshot of the "ego problem" tweet with the caption: "If he's looking for something to do he can pay taxes."

Musk announced in December 2021 that he would pay over $11 billion in taxes.

According to Bloomberg, different Democrats who own Tesla cars include Adam Schiff of California, David Cicilline of Rhode Island, Lisa Blunt of Rochester and Tom Malinowski of New Jersey.