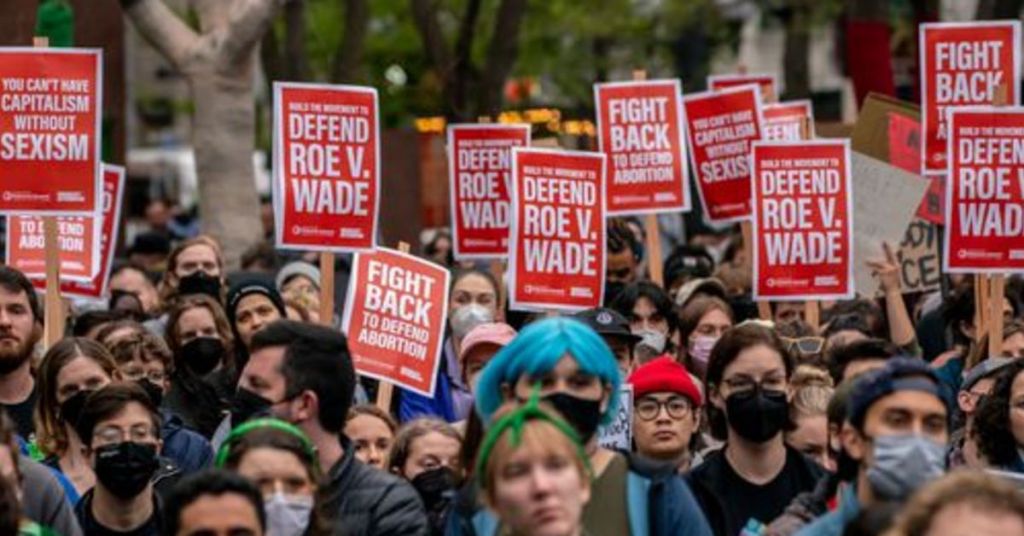 Pro-life and pro-abortion demonstrators are facing off outside the Texas Capitol.

Pro-life demonstrators can be heard shouting “abortion is not a human right,” and holding signs stating “protect the pre-born.” At one point, they began chanting, “hey hey, ho ho, Roe v Wade has got to go.”

Pro-abortion protesters respond by shouting “you’re ugly” and carry signs that read “f*ck you” and "hands off our bodies."

Abortion supporters have been protesting since the leaked draft Supreme Court opinion revealed the majority of the justices indicated that they would overturn the 1973 Roe v Wade ruling, which legalized abortion nation-wide.

The group Ruth Sent Us organized a "walk-by Wednesday," in which demonstrators descended upon the houses of the court’s six conservative judges.

Meanwhile, The United Nations special rapporteur on the right to health, one of the international body’s most critical human rights supporters, has pressed the US supreme court not to end federal protections for abortion rights in America.

The right to abortion, “speaks directly to women and girls, who are often in many societies not seen as people”, Mofokeng announced in an interview with the Guardian. The right to abortion speaks to who possesses women’s bodies in society and, “who fully can decide – and benefit from that bodily autonomy”.

If the court were to terminate protections for abortion, no less than 26 US states would be certain or likely to outlaw abortion, forcing women to travel hundreds of miles to the nearest clinic, self-manage abortions with medication and heighten the risk of prosecution, abuse and violence for both women and doctors.

“It sends chills down my spine to think that the court is being brought on to play – as a very powerful player – to decide on an issue of human rights that has jurisprudence, and has a basis in legal findings, that will actually lead to restriction of rights,” announced Mofokeng.

Mofokeng was the lead specialist in an amicus brief to the supreme court, sometimes called a “friend of the court” brief, in which she urged justices not to reverse US abortion rights on human rights grounds.

In both her brief and interview with the Guardian, she announced a reversal of Roe v Wade would, “legitimize the use of morality and theological reasoning” to take away human rights, empower anti-rights activists globally, criminalize the practice of medicine, undermine the doctor-patient relationship and expose healthcare providers and patients to heightened abuse and violence.