Despite UK Decision To 'Live With Virus', Psaki Says Biden Admin Not Ready 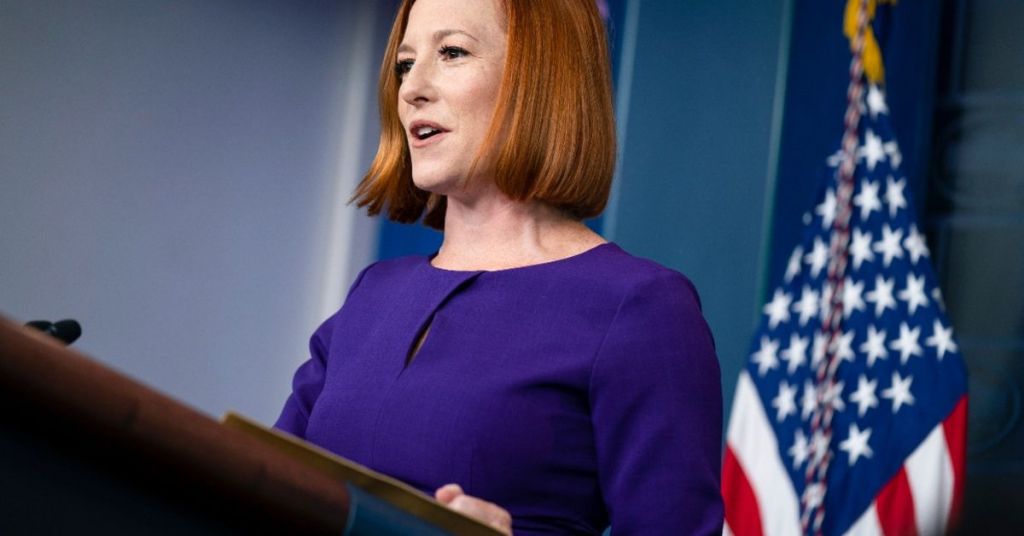 White House press secretary Jen Psaki announced on Thursday she couldn’t predict when the Biden Administration would start to ease COVID-19 limitations after Prime Minister Boris Johnson announced Britain would start to roll back vaccine and mask rules now that cases have peaked.

Throughout an interview on Fox News’ “America’s Newsroom,” host Dana Perino pointed out to Psaki that the U.S. is roughly six weeks behind Europe and Britain when it comes to reacting to COVID variants like Delta and Omicron.

“Are we six weeks away from something like a Boris Johnson announcement?” Perino asked.

“I can’t make a prediction of that, because we listen to the scientists,” Psaki stated.

Perino asked Psaki whether the U.S. would follow the United Kingdom’s lead and “provide America an off-ramp to COVID and especially for … the unvaccinated,” stressing that some who have refused to get inoculated against the virus have felt like “scapegoats and second-class citizens.”

“Well first let me say, 75 percent of the country is fully vaccinated,” the press secretary replied. “All of those people did not vote for Joe Biden and certainly they’re not all Democrats. We know that mathematically.

“That’s where we want to get to, and what we’re trying to do is continue to fight at the height of a pandemic to get to that point,” Psaki announced.​

Johnson declared Wednesday that now-mandatory COVID-19 passes will not be required to gain entry to large-scale events in England beginning January 27. Face masks will no longer be legally needed anywhere in England as of that day.

​​He also announced the government would no longer advise people to work from home. ​