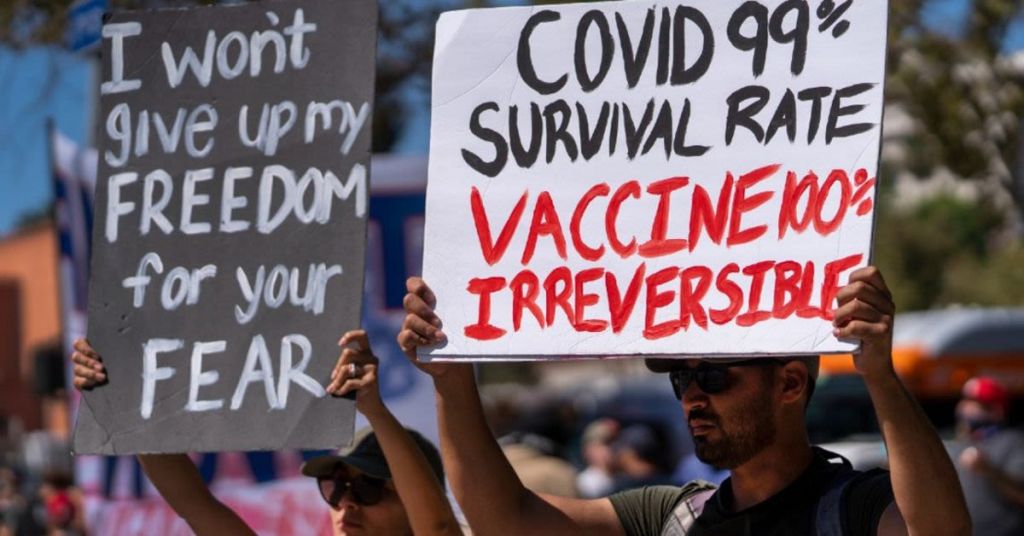 Seattle saw demonstrations on Monday after the city and state dismissed an unusual number of workers who declined to follow Governor Jay Inslee's vaccine mandate. The provision went into effect at midnight on October 18, by which time most people would have had to get their first shot.

The protest hosted by March For Freedom Washington brought out firefighters, law enforcement officers, nurses, teachers, and bus drivers to Seattle City Hall. The group met around noon, and people gave their heartbreaking affidavits as to why they chose not to get immunized.

Many of those assembled needed the freedom to make their own medical choices, thinking that it should be theirs—and not the government's—the decision as to whether or not to take the drug. Some noted their concerns over potential side effects. For others, it was the concern that mandates set a troubling pattern for the future.

On Sunday, the day before the deadline to submit vaccination status, Seattle police officers who would not take the vaccination had a strong stance and hung Gadsden flags from patrol vehicles.

Not only did the rally include those that chose not to get the vaccine, but many of those who wished to get vaccinated also came out in the care of their colleagues. Some even decided not to submit their paperwork regardless of vaccination status, meaning the city or state also fires them.

"I served as a firefighter for 23 years. I have seen things that you wouldn't wish on your greatest enemy. I never thought this is how my career would end," a Seattle firefighter told The Post Millennial. "Last year we were frontline heroes, this year, we're enemies."

The group went through the streets of Seattle, taking a solid stand against mandates and prompting bystanders to compete alongside them. Chants of "we will not comply" and "end the mandates" rang out among the crowd.

The group was surprisingly well-attended in a far-left progressive stronghold of Seattle, and many civilians honked in support, although there were the rare flip-offs.

In addition to the march at Seattle City Hall, Seattle City Light workers held their protest against mandates outside their building.

Vaccine passports go into effect in King County on Monday, October 25. Residents will be asked to show evidence of vaccination or a negative COVID-19 test to enter bars, restaurants, gyms, and other entertainment venues.