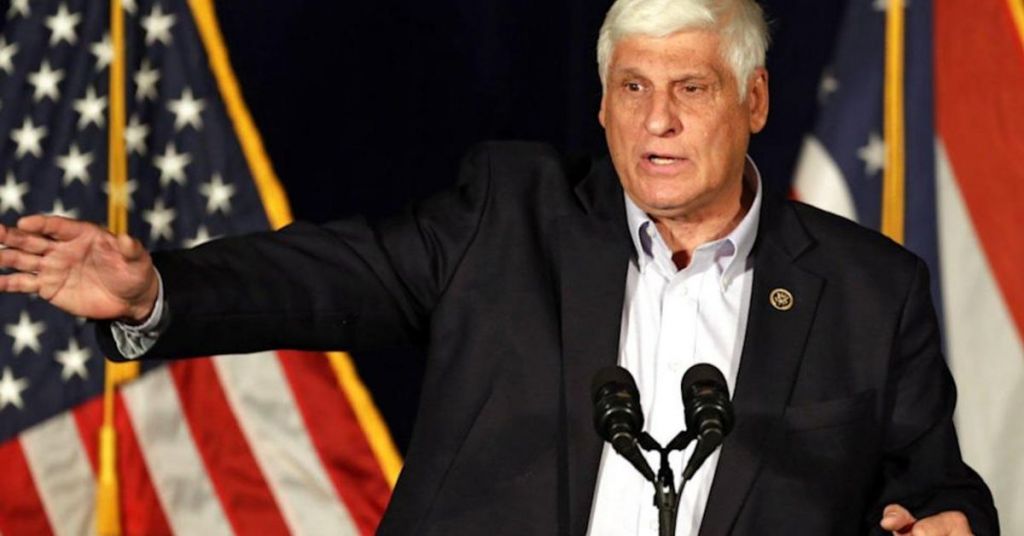 Ohio Republican Rep. Bob Gibbs has introduced articles of impeachment against President Joe Biden , pointing to his handling of the U.S.-Mexico border situation, attempt to expand the federal moratorium on evictions, and the withdrawal of U.S. troops from Afghanistan.

Republican Reps. Andy Biggs of Arizona and Brian Babin and Randy Weber of Texas signed on as co-sponsors of the impeachment resolution.

“I take this seriously. I don't think it's haphazard. I'm not trying to get media attention for myself,” Gibbs told the Washington Examiner . “He’s done so much damage to this country in less than nine months, which is really scary.”

“He's not capable of being commander in chief, and that's obvious by the actions since Day One when he took the presidency back in January,” Gibbs insisted. “Maybe something like this makes the White House think twice before they do some of this nonsense."

Gibbs’s resolution includes three articles of impeachment that cover two other issues, besides the chaotic withdrawal from Afghanistan, during which the U.S.-backed government fell and the Taliban retook power.

“We actually started working before the Afghanistan debacle because I was so upset” about the border and eviction situations, Gibbs noted.

“Obviously, it's not going to go anywhere with Speaker [Nancy] Pelosi,” Gibbs said, acknowledging the slim chances of impeachment while Democrats are in the majority. But “it shows that there are some Republicans that think that this president needs to be impeached, he needs to be removed from office one way or another," he added.

“At some point, they're gonna be held accountable for their actions, and this is kind of putting them on notice,” Gibbs said.

The first impeachment article in his resolution charges that Biden “violated his constitutional oath to faithfully execute the office of President” with his handling of migration on the U.S.-Mexico border. It cites his halting construction of the border wall, ending the policy that requires migrants seeking asylum to remain in Mexico, and releasing "thousands of migrants who entered the United States illegally without a date to appear in court for immigration," including migrants who tested positive for COVID-19.

The second article accuses Biden of violating the separation of powers by extending the federal moratorium on evictions “despite the clear warning from the U.S. Supreme Court” and “with no legislative directive from the U.S. Congress.”

In August, Biden attempted to extend a federal pause on evictions due to the coronavirus pandemic days after Congress could not extend it before the previous July 31 deadline.

The third and last impeachment article suggests that Biden “failed to act responsibly as Commander in Chief with regard to the withdrawal of United States forces from Afghanistan.”

“Who in their right mind takes troops out before they take out American citizens and our allies?” Gibbs said.

The move represents an escalation of Republican pushback against Biden amid various crises his administration faces.