Media Trying Hard To Cancel Matt Gaetz - Will They Ever Report This Truth? 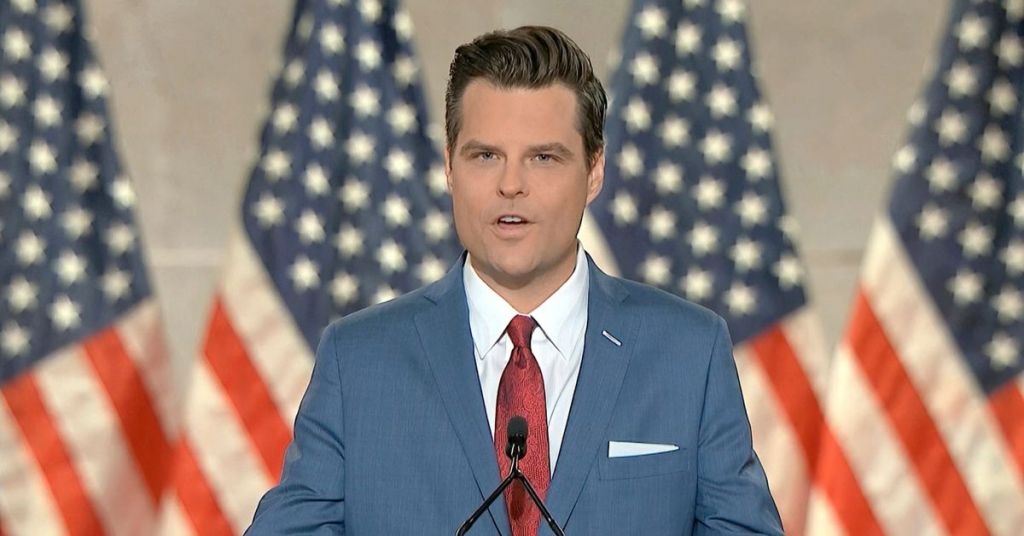 Recently released records appear to support Rep. Matt Gaetz (R-Fla.) claimed that he and his family were victims of a blackmail scheme.

In an email obtained and published by the Washington Examiner, a lawyer for Gaetz’s father Don, a former Florida state senator, asked the Department of Justice for confirmation that both the department and the FBI were seeking Don’s help.

“My client, Don Gaetz, was approached by two individuals to make a sizable payment in what I would call a scheme to defraud,” Jeffrey Neiman wrote. “The FBI is not asking Don to voluntarily and proactively assist in their investigation, which Don is willing to do. Please confirm that your Office and the FBI would like Don’s assistance in this matter and that he will be working at the Government’s request.”

Assistant U.S. Attorney David Goldberg replied, saying: “I can confirm that your client is working with my office as well as the FBI at the government’s request in order to determine if a federal crime has been committed. This has been discussed with, and approved by, the FBI as well as the leadership of my office and components of Main Justice.” A source confirmed the eligibility of the message with The Epoch Times.

The Department of Justice, the FBI, and aides to Rep. Gaetz didn’t respond to calls for comment. Neiman refused to comment.

Other reports made public by the Examiner supposedly described the supposed extortion scheme. One text reportedly sent on March 16 from Florida lawyer Don McGee to Don Gaetz, offered a plan that could make his son’s “future legal and political problems go away.” The plan included helping an effort to secretly arrange the release of Robert Levinson, a former FBI agent who vanished in Iran in 2007.

Don Gaetz the next day met with another man purportedly engaged in the scheme, former Air Force officer Bob Kent, according to the Examiner. During the meeting, Don Gaetz was presented with a three-page document entitled “Project Homecoming” that sought a $25 million loan to rescue Levinson.

An inquiry to McGee went unreturned. Kent could not be reached. McGee told the Daily Beast that any reports of extortion involving him were “completely, totally false.”

The documents were written after laden several days for Rep. Gaetz, a prominent in the GOP. The situation started when the New York Times, citing anonymous sources, claimed he was under investigation for having a relationship with a 17-year-old girl.