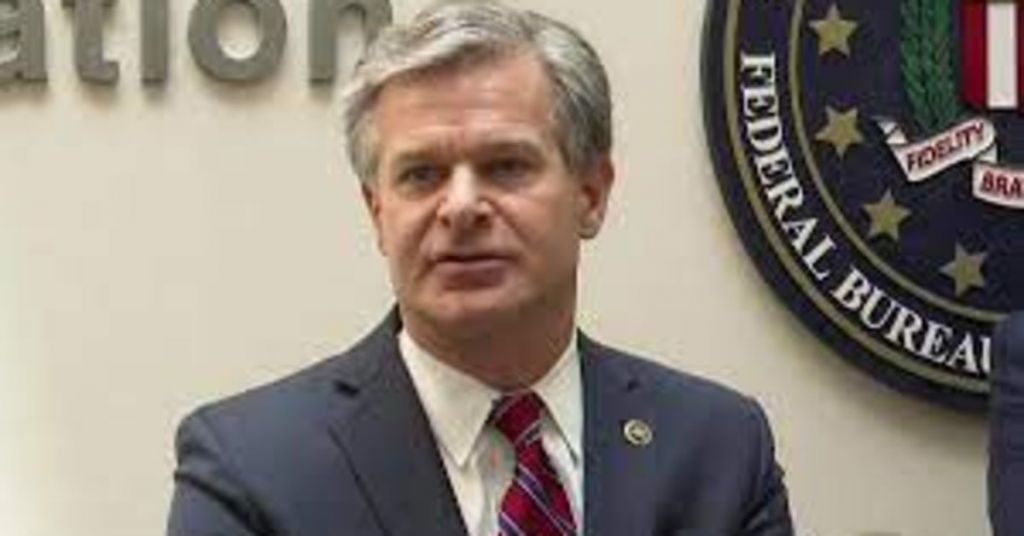 FBI Director Christopher Wray declined to address questions Wednesday about an FBI raid of former President Donald Trump's Mar-a-Lago residence conducted this week yet did criticize "deplorable" threats against law enforcement in his first public comments since the search in Florida.

Reporters pressed Wray about the Monday raid, which is reportedly tied to an investigation into whether Trump took classified materials from the White House after he left office, throughout a visit to the FBI's field office in Omaha, Nebraska. As Republicans in Congress have demanded Wray and Attorney General Merrick Garland speak out or even be removed from their positions, Trump raised the prospect of agents planting evidence.

Asked to react to Trump's proposal, Wray refused to jump into the fray. “As I’m sure you can appreciate, that’s not something I can talk about,” he announced. Wray then referred such a question to the Department of Justice. Both the DOJ and FBI have so far declined to comment publicly about the raid.

Wray's denial to comment on behalf of the bureau is unlikely to placate GOP lawmakers clamoring for an explanation and warning that the silence will hurt the public's trust in the FBI.

"If Attorney General Merrick Garland and FBI Director Christopher Wray do not make public statements today explaining to the American people exactly what they did at Mar-a-Lago and why, they will have lost what little public trust they may have had and no longer deserve to remain in office," Sen. Rick Scott (R-FL) announced in a statement.

Sen. Josh Hawley (R-MO) was less patient, tweeting: "At a minimum, Garland must resign or be impeached. The search warrant must be published. Christoper Wray must be removed. And the FBI reformed top to bottom."

Wray did talk to another facet of the question brought by the reporter, who stressed there had been calls to arms and threats against his agents. "Any threats made against law enforcement, including the men and women of the FBI, as with any law enforcement agency, are deplorable and dangerous," he stated.

Also posed to Wray was the prospect that the raid could embolden "some of the same bad actors" from Jan. 6. “Violence against law enforcement is not the answer, no matter what anybody's upset about or who they are upset with," he said in response.

In January, the National Archives and Records Administration collected about 15 boxes of material from his Mar-a-Lago resort, which it argued were presidential records. Classified information was found in the document trove, so the National Archives referred the matter to the DOJ, which commenced an inquiry, David Ferriero, the archivist of the United States at the time, told Congress.