Indecent Exposure: In Seattle, It's Legal To Get Naked In Front Of Kids If It's A Show Of Gay Pride - (Video) 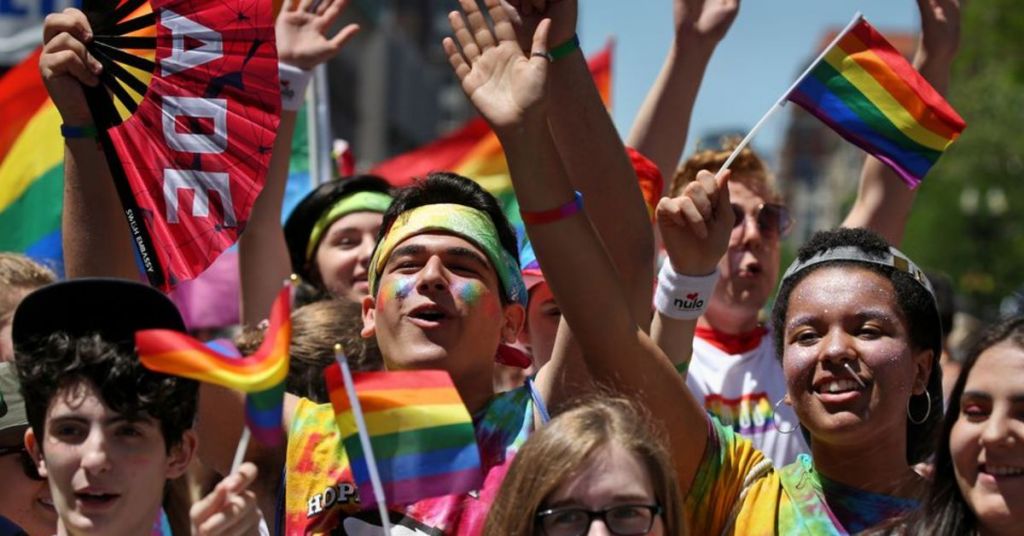 Chalk this up as the sickest, most twisted perversion of decency there is. Grown men, riding bicycles while completely naked in front of kids, during the Pride Parade in Seattle. Was anyone arrested? no. Was anyone called out for it? no. How many pedophiles participated and got off by the voyeuristic display? There most certainly were several.

The streets of Seattle were taken over by the city's first Gay Pride parade in three years on Sunday, with many parade participants completely nude in front of children as young as 5.

The parade kicked off around 11 AM with members of the Boys and Girls Scouts of America, who paraded in uniformed fashion while proudly holding both American and Pride flags.

While the Girl Scouts have stayed a group for girls, the Boy Scouts changed their name in 2019 to "Scouts BSA," and permitted girls to enter their program, according to NPR.

Following soon behind the Scouts, a big group of naked cyclists circled in front of the crowd and showed their genitalia to children who came for the "family-friendly" event. Some were partly covered in body paint, while others chose to leave nothing to the eye unseen.

Seattle's Pride Parade is the first held in person since the early days of the COVID-19 pandemic, and according to its website, featured more than 500,000 parade attendees, and 200 participating groups.

One group noticed at the parade was the Seattle Fire Department, yet Seattle Police were absent after parade managers suspended them from participating in uniform.

"(Police officers) need to recognize the privilege that they hold," Krystal Marx, executive director of Seattle Pride, explained to Kiro 7. "They get to take off their uniform every day, (whereas) we don't get to take off our queerness."

The move marks the first time since 1994 that the department would be largely absent from the parade. SPD is home to over 100 employees that are proud to call themselves LGBTQ, and the department is notably the most progressive in the country.

SPD Interim Chief Adrian Diaz addressed a letter to the Executive Board earlier this week, strongly disagreeing with their decision, and Seattle Police Officers Guild President Mike Solan denounced the board in a fiery press release, calling on elected officials to help stop the war on police.

"SPOG members took an oath to serve our entire community equally and without discrimination. It's a shame to see that the commitment to equality and inclusion doesn’t flow in both directions," Solan announced."Banning uniformed Seattle Police officers from Pride events is disgusting, bigoted, discriminatory and contradicts our community's beautiful inclusive LGBTQ message. Our LGBTQ members serve our community with distinction and pride. They value inclusiveness and demand respect not only for proudly being LGBTQ but for serving our community as police officers," Solan continued. "Anyone that believes in their banishment has no place in Seattle and does not believe in the inclusive LGBTQ message."