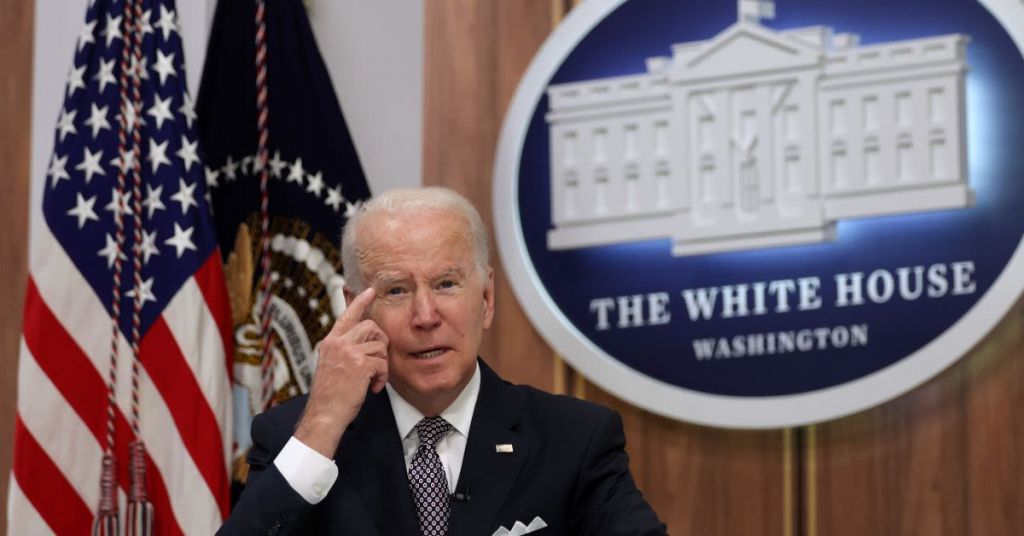 "I'm doing everything I can to blunt the Putin Price Hike and bring down the cost of gas and food," Biden wrote in a tweet on Wednesday praising his release of oil from strategic reserves and attempts to help Ukraine export grain.

In comments calling on Congress to suspend the federal gasoline tax, Biden further presented the inflation dilemma as a selection between "lower gas prices in the US, and Putin's iron fist in Europe."

Though earlier Wednesday, Powell acknowledged that inflation was "certainly high" before Vladimir Putin's war in Ukraine.

"Would you say that the war in Ukraine is the primary driver of inflation in America?" Sen. Bill Hagerty, R-La., asked Powell. "No. Inflation was high before, certainly before the war in Ukraine broke out," the Fed chair announced.

Russia is a significant exporter of fuel and critical minerals used in electronics, and Ukraine is a major exporter of wheat crops. Powell announced it would be fair to blame Europe's high inflation on its transition away from Russian oil and gas, though U.S. inflation rates were a more complicated supply and demand matter.

"If you look at comparable large, advanced economies like ours, you'll see inflation rates that are quite similar to ours and some cases higher or some causes lower ... But there are important differences in the characteristics," he announced. "Ours is more about demand. I would say that for most of the others, theirs is more about energy prices and things like that."

The White House has frequently focused blame for price increases on the Russian war - in April Biden announced that 70 percent of the increase in pricing could be attributed to "Putin's price hike."

"We've never seen anything like Putin's tax on food and gas," Biden lamented throughout comments at the Port of Los Angeles earlier this month.

Powell signaled that further rate hikes are likely as Sen. Elizabeth Warren warned him rate hikes would "drive this economy off a cliff" in a Senate hearing Wednesday morning.

Powell announced that rate hikes will be decided on a "meeting by meeting" basis and that the central bank will need to see "compelling evidence" that inflation is coming down to stop the hikes.

The Consumer Price Index is currently running at 8.6 percent this May over last - the highest in more than 40 years. Fed last week hiked interest rates 0.75 percent, to a range of 1.5 percent to 1.75 percent. Throughout much of the pandemic, the Fed kept rates at a near-zero number, declaring that inflation would be "transitory."