Must See: Senator Kennedy's Inflection When Describing Biden, Democrats & Progressives Is So Entertaining 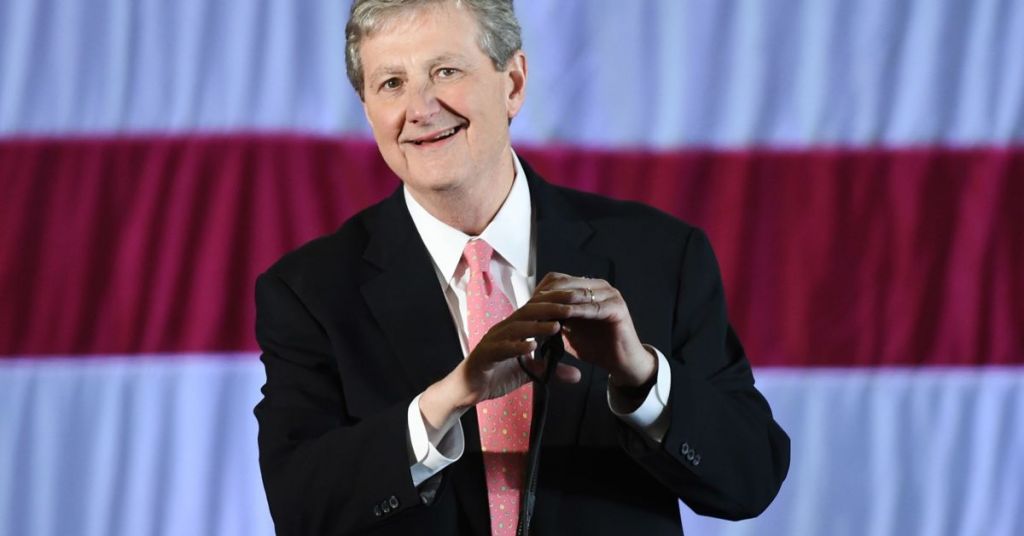 Sen. John Kennedy (R-LA) on Monday accused the Left of threatening conservative Supreme Court justices, suggesting that the discourtesy will remain if the Biden administration, which has hired a bunch of people 'who act as if they dropped acid' lets it continue.

Kennedy shared the comments during an interview on Fox News’ “America’s Newsroom.”

“This is more than just about abortion. It’s about respect for American institutions. I think most people can say that all of this is being driven by the anti-intellectual, crypto-socialist woke left that the Biden administration has embraced and frankly, that is in charge of in Washington, D.C. When the draft opinion was leaked, the wokers’ response was immediate,” Kennedy said.

The Louisiana senator also claimed that most leaders in the Biden administration have refused to push back on the intimidation tactics.

The Saturday action adds to a string of protests at the residences of conservative Supreme Court justices.

“We aren’t incubators! The youth procession delivered baby dolls to Amy Coney Barrett. We aren’t protesting to change the minds of women-hating fascists. We’re calling on the pro-choice majority, on YOU, to get in the streets to STOP #SCOTUS from overturning Roe,” the Rise Up 4 Abortion Rights Twitter account posted along with a video of the protest.

The event transpired two days after President Joe Biden signed a bill to expand security protection for Supreme Court justices and their family members on Thursday.

Concerns have run high after an arrest was made earlier this month of a man on an attempted murder charge near the home of Justice Brett Kavanaugh. The arrest also followed multiple protests at the homes of conservative justices since a leaked Supreme Court draft opinion from Justice Samuel Alito.

The leak found that the court tried to repeal Roe v. Wade in a pending Mississippi pro-life case that could return laws regarding abortion to individual states.