MUST SEE: Democrats Lied & Admitted That They Manipulated January 6 Evidence For 'Show Trial' 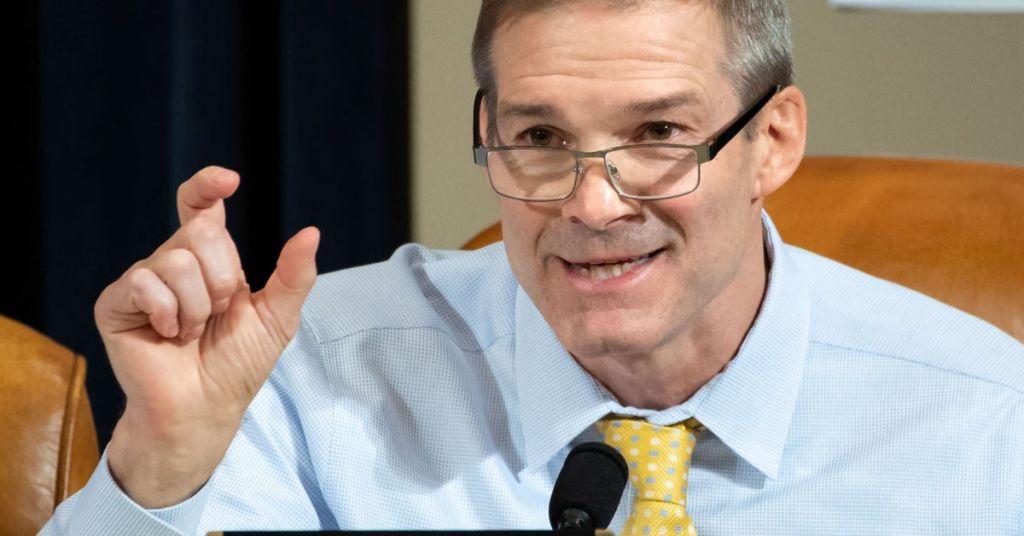 Rep. Jim Jordan (R-OH) suggested he has trust issues with the House committee examining the Capitol riot after it held its first prime-time hearing last week.

During an interview on Sunday, the congressman maintained the Thursday hearing offered nothing new and cast the Jan. 6 committee itself as a "one-sided" work that has demonstrated it cannot be outright trusted. He reminded viewers that last year, the panel conceded to changing a text message between Jordan and former White House chief of staff Mark Meadows.

"This committee has altered evidence and lied to the American people about it, so much so that they had to issue a statement which says, 'We regret the error,' which is government-speak for, 'We got caught lying,'" Jordan told Fox News anchor Maria Bartiromo on Sunday Morning Futures.

It was revealed in December that Rep. Adam Schiff (D-CA), a member of the Jan. 6 committee, offered a picture showing an altered text message between Jordan and Meadows. Jordan's office admitted the congressman from Ohio did send the message to Meadows but stressed that it was a snippet of a message he "forwarded" from an attorney, Joseph Schmitz, who was expressing a legal theory about overturning the results of the 2020 election.

The Jan. 6 panel apologized for the "error," which was trimming the message with a period and Schiff presenting it to the public without full context.

“The Select Committee on Monday created and provided Representative Schiff a graphic to use during the business meeting quoting from a text message from ‘a lawmaker’ to Mr. Meadows. The graphic read, 'On January 6, 2021, Vice President Mike Pence, as President of the Senate, should call out all electoral votes that he believes are unconstitutional as no electoral votes at all.' In the graphic, the period at the end of that sentence was added inadvertently. The Select Committee is responsible for and regrets the error,” a spokesman for the select committee said in a statement to the Washington Examiner.

In another case of a Jan. 6 committee member misrepresenting a text message, Rep. Jamie Raskin (D-MD) incorrectly sent a message to Meadows outlining a plan to overturn the results of the 2020 election as coming from a House lawmaker. Anonymous sources told CNN that it was, as the news outlet put it, "an inadvertent error," and a "Raskin source said the congressman learned of the error this week from CNN and confirmed the mistake with staff." Raskin wrote a letter to correct the Congressional Record, according to the report, which noted the Jan. 6 panel declined to comment on the actual author of the text.