Must See: What Was Funnier, What A Comedian Said About Biden Or Stacey Abrams' Reaction To It? 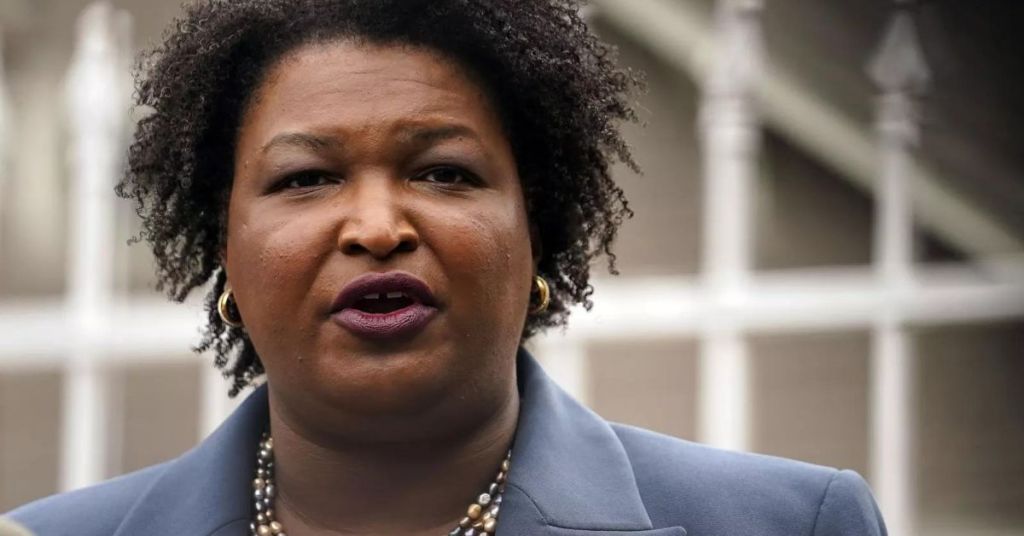 Georgia gubernatorial candidate Stacey Abrams was filmed laughing after a podcaster argued that Joe Biden has Alzheimer's disease throughout an interview.

The Democrat, appearing on the 85 South Show, was defending Biden's "vision" when podcast host Karlous Miller commented on the 79-year-old president's forgetfulness and said it was due to dementia.

"Biden had a vision. He has talked about what that vision looks like," Abrams announced.

"He forgot it though," Miller interrupted. "His Alzheimer's kicked in."

The former Georgia state representative laughed and apparently attempted to contradict the statement when Miller continued: "You didn't see him? He was talking the other day. He turned around and there was nobody back there."

Abrams didn't comment on Miller's remark and rather turned the discussion back to politics.

Biden has faced denunciation since the beginning of his presidency regarding his cognitive competency and is the oldest US president in history.

Many claims were lobbed at Biden by Donald Trump throughout their election contest, although 75-year-old Trump has himself faced claims regarding his own cognitive health.

Last month the 46th president, while finishing a speech regarding the country's continuous supply chain crisis, turned around and stuck his hand out as if to shake hands and then turned his back on the main audience before wandering off stage.

The 79-year-old president had earlier claimed that he had served as a "full professor" at the University of Pennsylvania despite never teaching a class at the school, in yet another blunder that has Republicans questioning Biden's cognitive abilities.

Earlier in April, Biden looked disoriented throughout an event that saw former President Barack Obama visit the White House for the first time since leaving office.

Throughout his State of the Union address in March Biden had a blunder throughout his address amid the crisis in Ukraine, confusing the country facing invasion with Iran.

Biden, the oldest man ever elected to the presidency in the United States, was speaking about the ongoing Russian attack when he erred.

"Putin may circle Kiev with tanks, but he'll never gain the hearts and souls of the Iranian people," Biden announced.

In February, over three dozen House Republicans demanded Biden submit to a cognitive test and outlined their concerns regarding his fitness for office in a searing letter.