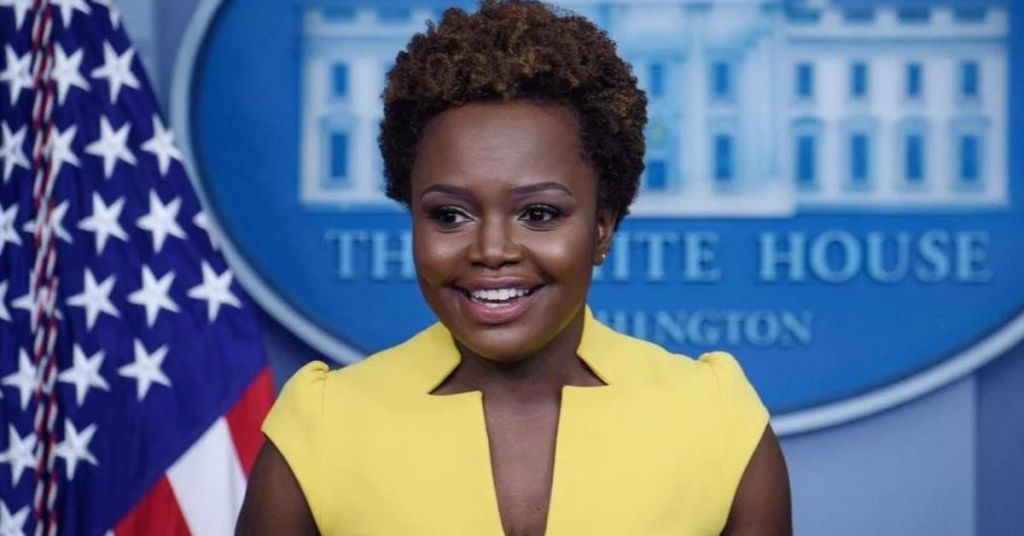 Vladimir Putin’s state TV propagandists have slammed the new White House press secretary Karine Jean-Pierre in a conflict where they suggested she only got the job because she is Black and gay.

The Russian state TV hosts laughed as they said Jean-Pierre would be “replaced” in a month or two by a “White, heterosexual male.”

They claimed Jean-Pierre, the first Black, gay, and immigrant woman to hold the role of White House press secretary, was not chosen for her “professional abilities.”

Instead, the TV hosts persisted with a racist and sexist farce on the state-owned Russian television channel Russia 1, where they said that she only got the job because she is a “dark-skinned immigrant.”

Jean-Pierre, 47, became the first Black, openly gay White House press secretary on Monday. She was born in Fort-de-France, Martinique, and is the daughter of Haitian parents. Her family moved to New York City when she was five.

Referring to her historic position in her first press briefing on Monday, Jean-Pierre said: “I am obviously acutely aware that my presence at this podium represents a few firsts.

“I am a Black gay immigrant woman, the first of all three of those to hold this position. I would not be here today if it were not for generations of barrier-breaking people before me. I stand on their shoulders.”

The Russian state TV hosts used footage of Jean-Pierre at her first press conference to mock her.

Speaking with a video of Jean-Pierre holding her first briefing behind him, Russian host Evgeny Popov told his fellow pundits: “This girl will make it for a month or two, then she’ll be replaced, to your satisfaction. “They’ll replace her with a white, heterosexual male.”

Pundit Andrei Sidorchik smiled as he added: ‘She admits not being chosen for professional abilities, but because she is a dark-skinned immigrant, and this was secured by her predecessors.

“When she makes mistakes, that will be her excuse. “I'm not a professional, I was chosen for other reasons.”

Popov continued: “I read many books, graduated from a University, I did my PhD thesis on such and such a topic, I speak many languages... but that’s not what it takes to represent the United States at the White House.”

“It's more important to be... like that,” Popov said as he pointed to Jean-Pierre in the video playing in the background. “But at least she’s cute.”

The Russian hosts’ claims about Jean-Pierre, who has worked on multiple presidential campaigns, achieved a master’s degree in public Administration, and worked as a deputy White House press secretary for months, have been slammed as baseless by critics.