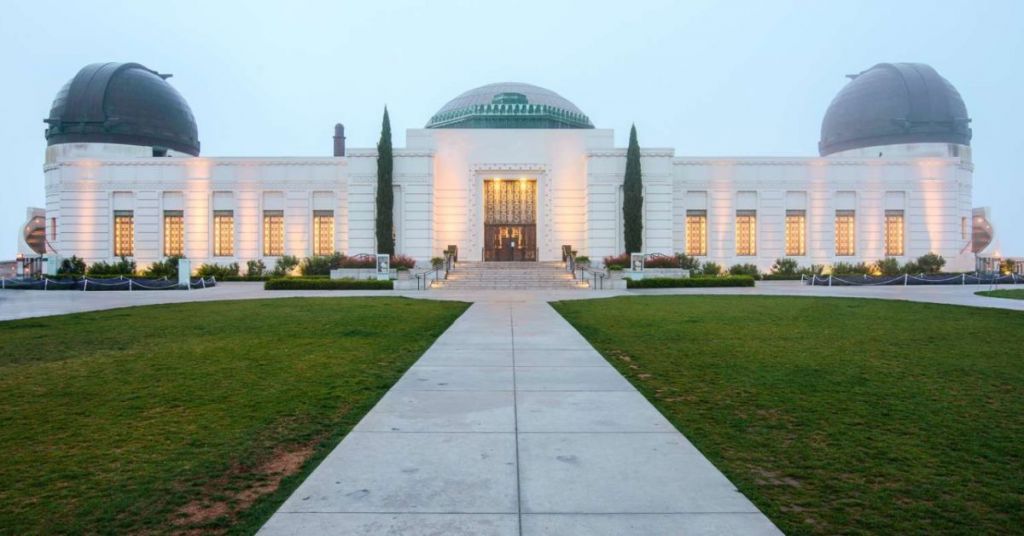 A brush fire broke out in Los Angeles on Tuesday, initiating the evacuation of the iconic Griffith Observatory before scores of firefighters contained the blaze.

A suspected arsonist was detained by police, although he has not been arrested, LAPD explained to CBS.

The fire broke out around 2:45 pm local time and was initially limited to a small 50-by-100 foot area in the 2600 block of North Nottingham Avenue, LA fire officials told CBS.

By 4 pm, the fire spread to roughly 6 acres, yet it was quickly contained by approximately 100 firefighters who responded to the scene.

“Nearly all active flame has been eliminated, and forward progress stopped after one hour and twelve minutes,” the fire department announced.

Video from the scene displays flames and smoke rising near the observatory built-in 1933. Staff were evacuated as the fire started rapidly spreading.

“Griffith Observatory has now been evacuated, and Park Rangers are assisting with public safety by keeping hikers from entering the nearby trails. No homes have been evacuated,” the fire department announced.

Two water-dumping helicopters were deployed to put out hotspots, the video reveals.

While no homes were evacuated due to the fire, officials evacuated Griffith Observatory out of abundant caution.

“We hit this very hard, very fast from ground and air,” announced LAFD Cpt. Erik Scott. “Firefighters flanked both sides, pinched it off, and we used our helicopters to take the heat out of the front of the fire.”

Officials said that any residents living in foothill areas have an evacuation plan in place and defensible space around their homes.

Crews stayed at the scene during the night to mop up the scene and ensure there are no additional flareups.

Lisa Hudema, wildfire enforcement superintendent for the B.C. Wildfire Service announced her agency started working with police after identifying “an area of interest” near Kamloops where several recent human-caused fires were suspected to be “incendiary in nature.”

Mounties explain they were alerted to Cornish’s alleged connection to the fires after someone living in the Monte Lake area checking out smoke in the hills nearby on April 30 noticed a suspicious blue pickup truck on a logging road. Police alerted the community on May 3 after receiving reports of an unknown person lighting slash piles on fire in two locations in the Westwold area.

Investigators say more locals have since stepped forward to report similar encounters with the pickup truck, which a woman drove.

“I wish to acknowledge the tremendous assistance of the Monte Lake and Westwold residents, who provided our investigators with the valuable information we needed to successfully advance this investigation,” RCMP Chief Supt. Brad Haugli announced in the statement.