Must See: Bill Maher Explains To Joe Rogan Why Dems Are About To Get Their Asses Kicked 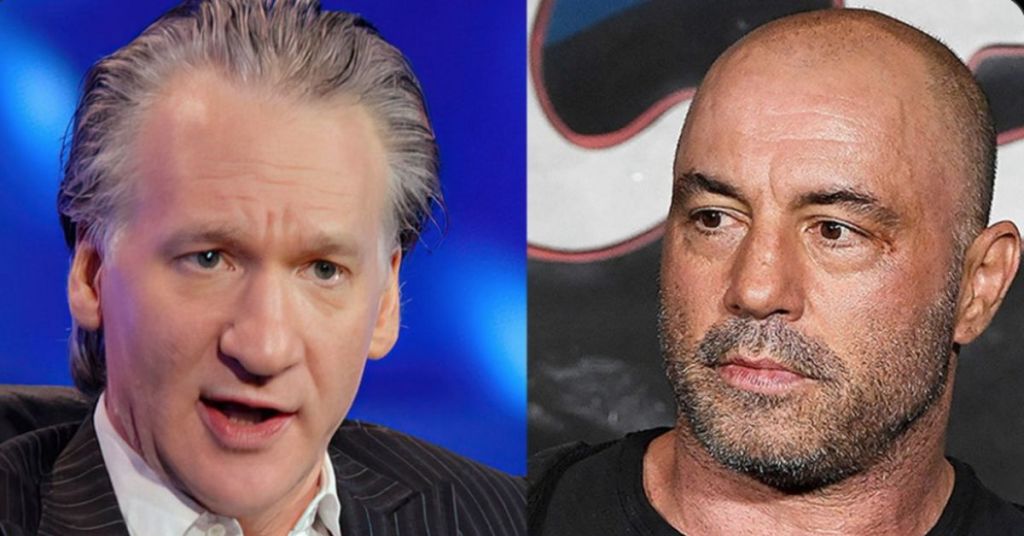 Maher joined Rogan on the Joe Rogan Experience podcast Tuesday, saying, “I invited myself on this show,” to which Rogan expressed gratitude for Maher’s request and promised an unscripted conversation.

The two talk show hosts discussed woke culture and how the Left and Democrats have made them look “more Conservative.”

“People say to me, ‘Don’t you think you’ve gotten more conservative?’ No, I haven’t,” Maher said. “The Left has gotten goofier. So, I seem more conservative, maybe. But like, it’s not me who changed. I feel I’m the same guy.”

Rogan agreed as the two said that people are desperate for common sense amid debates over topics such as “pregnant men” and “abolishing the police.”

“I mean, looting was still illegal. So, like, have I changed? No, because if someone had said 20 years ago ‘I’m not sure looting is a bad thing,’ I would’ve opposed it then. So, I haven’t changed,” Maher shared. “I think it’s because we are both seen as people who are common-sensical. And that is what there is a hunger for, I think, in America more than anything, is common sense. Away from the extremes.”

Rogan told Maher that he confessed to being a “normal person who cares about people’s rights and wants a certain amount of freedom,” adding that that is “what it means, to me, to be Liberal.”

The two also talked about how corporations, such as Disney, are making headlines. Maher described Disney’s recent battle against Florida Gov. Ron DeSantis and his Parent Rights in Education Act as “leaning into woke hardcore.”

The two also slammed the idea of policing thought, prompting Maher to cite “our friend” Elon Musk’s growing involvement with Twitter, which he himself endorsed on Friday, suspecting the Tesla CEO will combat censorship and defend free speech.

“It wasn’t cool that [Twitter] didn’t allow the lab-leak theory to be talked about,” Maher said. “For months, you couldn’t even mention it. And that is certainly something that was open to question. I mean, it was like, to me the very kind of issue that if Twitter was really doing the job it should- would be a healthy forum for people to go back and forth and say, “Well, here’s why I think COVID probably came from bats because A, B and C” and then, “Well, but you know, there was this lab in Wuhan that was studying coronaviruses and somebody could have walked out with it on their shoe. Can’t we even look into that? For Twitter to take that off, that to me was a huge red flag.”