On To The Next Scare: WHO, CDC Are Declaring A New "Global Imminent Threat" 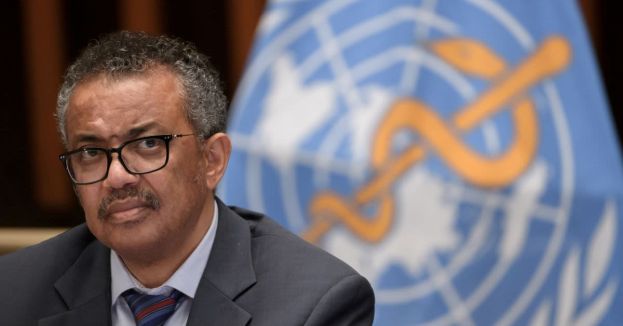 A joint report from the WHO and the CDC declares measles a "global imminent threat."

They declared that the decline in vaccinations for this disease and the rise in infection levels worldwide raise concerns for everyone throughout the planet.

WHO Director-General Dr. Tedros Adhanom Ghebreyesus stated that it is mission-critical to bring the immunization programs for this disease back on track to take care of a preventable disease. He stated that there is nothing more important than taking care of this issue right now before it becomes an even bigger issue for the global community. The Doctor wasn't splitting hairs on this one.

The New York Post reports that the Doctor stated the following:

"The paradox of the pandemic is that while vaccines against Covid-19 were developed in record time and deployed in the largest vaccination campaign in history, routine immunization programs were badly disrupted, and millions of kids missed out on lifesaving vaccinations against deadly diseases like measles."

Despite these dire warnings and the joint statement from the CDC and WHO, many have ignored mainly these latest warnings. They don't necessarily see it as the concerning thing these organizations would like us to believe. They feel that the CDC and WHO have rung the bell too often when warning the world about various diseases.

The lack of credibility from the CDC and WHO might come partly because they continue to warn us about various diseases with which they claim we could be in a lot of trouble. However, without further evidence of a genuine threat to our day-to-day lives, it is hard to consider something like this credible.

The scary thing about all of this is that when a hazardous disease does come along at some point, these organizations might have lost so much credibility that people don't care to take them seriously.