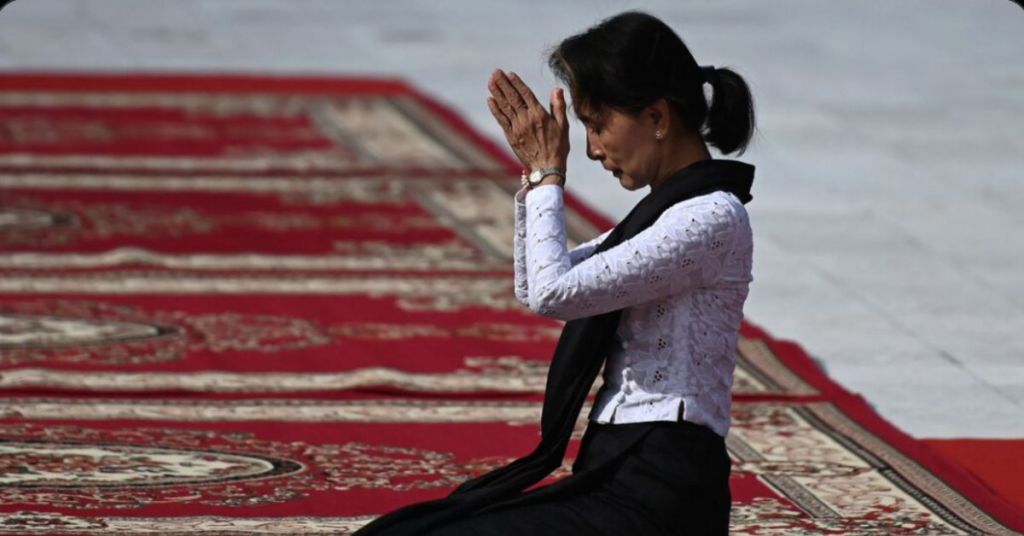 Myanmar’s Buddhist nationalist junta has disproportionately targeted religious minorities, including Christians, and brutally assaulted and killed hundreds of children since last year’s military coup, according to many reports, including the U.N. which announced the atrocities constitute crimes against humanity and war crimes.

Tom Andrews, the U.N. special rapporteur on the condition of human rights in Myanmar, announced in a report that “the junta’s relentless attacks on children underscore the generals’ depravity and willingness to inflict immense suffering on innocent victims in its attempt to subjugate the people of Myanmar.”

Concentrating on the killing of children, the U.N. rapporteur announced throughout his fact-finding for the report, “I received information about children who were beaten, stabbed, burned with cigarettes, and subjected to mock executions, and who had their fingernails and teeth pulled out during lengthy interrogation sessions.”

Over the past 16 months, the military has murdered no less than 142 children in Myanmar, the U.N. report continued. “Over 250,000 children have been displaced by the military’s attacks and over 1,400 have been arbitrarily detained. At least 61 children, including several under 3 years of age, are reportedly being held as hostages. The U.N. has documented the torture of 142 children since the coup.”

Andrews announced, “The junta’s attacks on children constitute crimes against humanity and war crimes. Junta leader Min Aung Hlaing and other architects of the violence in Myanmar must be held accountable for their crimes against children.”

The special rapporteur called for a change in the international community’s approach to the coup and the junta’s atrocities, stating the existing approach had failed. “States must take immediate coordinated action to treat an escalating political, economic and humanitarian disaster that is putting Myanmar’s children at risk of becoming a lost generation.”

He went on: “For the sake of Myanmar’s children, member states, regional organizations, the Security Council, and other U.N. entities must respond to the crisis in Myanmar with the same urgency they have responded to the crisis in Ukraine.”

According to the report, the junta has “intentionally” denied children of their fundamental human rights to health, education and development, with an estimated 7.8 million children out of school.

“Following the collapse of the public health system since the coup, the World Health Organization projects that 33,000 children will die preventable deaths in 2022 because they have not received routine immunizations,” it went on.

Days after the release of the U.N. report, International Christian Concern, a U.S.-based persecution watchdog, further drew attention to a Catholic church that was burned in Kayah state by the nation's army, called Tatmadaw.

St. Matthews Church was set ablaze by junta soldiers last Wednesday, ICC announced. “This is one of many assaults against Christian believers since the military takeover of the democratically elected government,” ICC stated, explaining in a different announcement on the suffering of children and religious minorities that “the destruction of worship places indicates the junta’s desire to spread the Buddhist religion and stop Christians who support local defense forces against the coup.”

Formerly known as Burma, the Southeast Asian nation is home to the world’s longest Civil War, which began in 1948. The conflict between the nation's military, locally known as Tatmadaw, and ethnic minority militias escalated after the military coup on Feb. 1, 2021, as the ethnic militias have been backing pro-democracy protesters. The conflict zones are along Myanmar’s borders with India, Thailand and China.

Myanmar is ranked No. 12 on Open Doors USA’s 2022 World Watch List of 50 nations where Christians face the most severe persecution. The persecution level in Myanmar is “very high” due to Buddhist nationalism. Burma is recognized by the U.S. State Department as a “country of particular concern” for egregious violations of religious liberty.