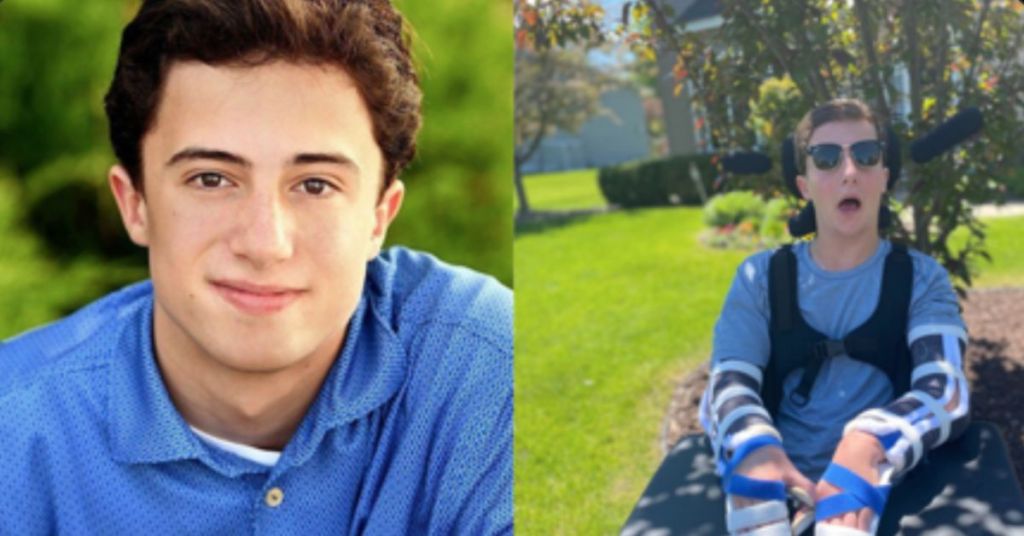 Two frat boys from the University of Missouri have been charged in connection with a 19-year-old at the school who was left blind and unable to walk or talk after being forced to drink a family-sized bottle of Tito’s vodka.

Ryan Delanty and Thomas Shultz were accused Friday in Missouri's Boone County about the behavior towards Daniel Santulli, a teenager whose family says was coerced to drink until his heart stopped last October during pledge month at Phi Gamma Delta. Shultz is facing an additional felony charge of tampering with evidence.

Santulli has been left permanently and harshly disabled as a result, in what his family's lawyer says is the worst-known incident of hazing abuse in U.S. history.

Santulli's family has previously filed civil suits against 23 members of Phi Delta Gamma, but this is the first time anyone has been criminally charged.

It's vague if Delanty and Shultz have been called upon as defendants in that civil suit.

The two young men are charged with felony hazing and misdemeanors of providing liquor to a minor or intoxicated person.

Santulli was force-fed beer through a tube and pushed to down an entire bottle of vodka by his "fraternity fathers," including Delanty. At the end of the night, Santulli had a shocking .468 blood alcohol level, six times the legal limit in Missouri.

Delanty is accused of giving the bottle of vodka to Santulli and telling him to drink, while Shultz was the fraternity's Vice President and brought the vodka for the party. Shultz is 21, while Delanty is assumed to be around 20 but his age is unclear.

When Santulli passed out and went into cardiac arrest, they left him outside a hospital.

Now, he will probably never walk, talk or see again. His mother, Mary Pat, has left her banking job to care for him full time.

The family has filed cases against the fraternity, the owner of the house and the frat members.

"It's as horrible as it could possibly be and (have him) still be alive," Santulli family's attorney David Bianchi told the St. Louis Post-Dispatch.

"It's the worst fraternity hazing injury ever in the United States. We've been doing these cases for 30 years. I know the landscape of hazing. I know the defense lawyers who defend the fraternities. And everyone agrees this is the worst ever."

Bianchi has filed the civil suits against members of Phi Delta Gamma, with all but two settling out of court.

So far, Delanty and Shultz are the only people who've been charged by Boone County (where the school is located), but further criminal charges are likely to follow.

"There are probably another dozen or more fraternity members who were responsible for this hazing event," Bianchi added.

The teenager was ordered to down a 1.75-liter bottle of Tito's and had been force-fed to him through a tube.

Surveillance footage received by Good Morning America shows Danny and the other pledges being led shirtless and blindfolded down a staircase in the frat house.

Later, he is force-fed beer through a tube and is seen falling backward, passing out on a table, and then blacking out on a couch.