Would You Drive A Chevy On The Moon? GM Is Working On It 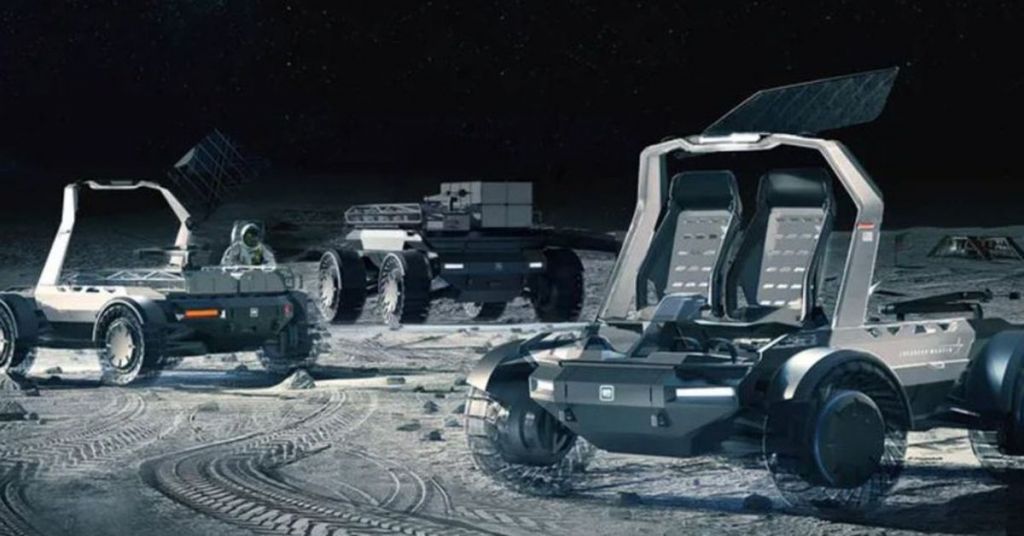 General Motors is seeking to make rental cars genuinely extraterrestrial. The automaker has collaborated with Lockheed Martin to create a line of Lunar Mobility Vehicles to provide transport for manned assignments visiting the Moon.

The collaboration aims to have the vehicles ready ahead of the first manned Moon missions of the 21st century, which are currently slated for 2025. The vehicles are being designed with independent driving power and platforms that can handle carrying humans or gear around the lunar surface.

The project is pushing forward unaided of NASA’s Artemis program and is set to go without any government accords to back it.

GM is using the same “driver-in-the-loop” simulator it employed in the development of the GMC Hummer EV, which halved its time to market to two years.

The system has been programmed with a recreation of a section of the Moon’s surface and set to one-sixth of Earth’s gravity.

“The things that you would do to make a vehicle good in an off-road environment on Earth are the same things you would do on the Moon, it’s just a shift in the numbers,” said Jeff Vogt, GM advanced vehicle dynamics lead engineer.

A GM spokesperson told FOX Business the idea is that the cars will be sent to the Moon before the mission, then made available for lease to any government-led expeditions that visit the Moon, either from the U.S. or other nations.

The vehicles will be recharged using solar power and are being engineered with easy care that should give them a lifespan of about 10 years.

GM is no alien to manufacturing vehicle technologies for the Moon. The automaker formerly developed the inertial guidance and navigation systems for the entire Apollo program, including the watershed human landing in 1969. Furthermore, GM helped create the electric Lunar Roving Vehicle (LRV) that was used on Apollo missions 15 through 17.

Lockheed Martin also remains one of the largest aerospace and technology firms on both this planet and its Moon. It previously existed as separate entities Lockheed Corporation and Martin Marietta before a merger in the 90s. While a majority of its work is dedicated to the U.S. Department of Defense, NASA remains a prevalent contractor.

With the first crewed mission of the Artemis Program to launch in 2024, both GM and Lockheed Martin plan to use their previous experience to provide astronauts the vessel to explore the Moon further than any human has gone before.

"This alliance brings together powerhouse innovation from both companies to make a transformative class of vehicles. Surface mobility is critical to enable and sustain long-term exploration of the lunar surface. These next-generation rovers will dramatically extend the range of astronauts as they perform high-priority science investigation on the Moon that will ultimately impact humanity’s understanding of our place in the solar system."