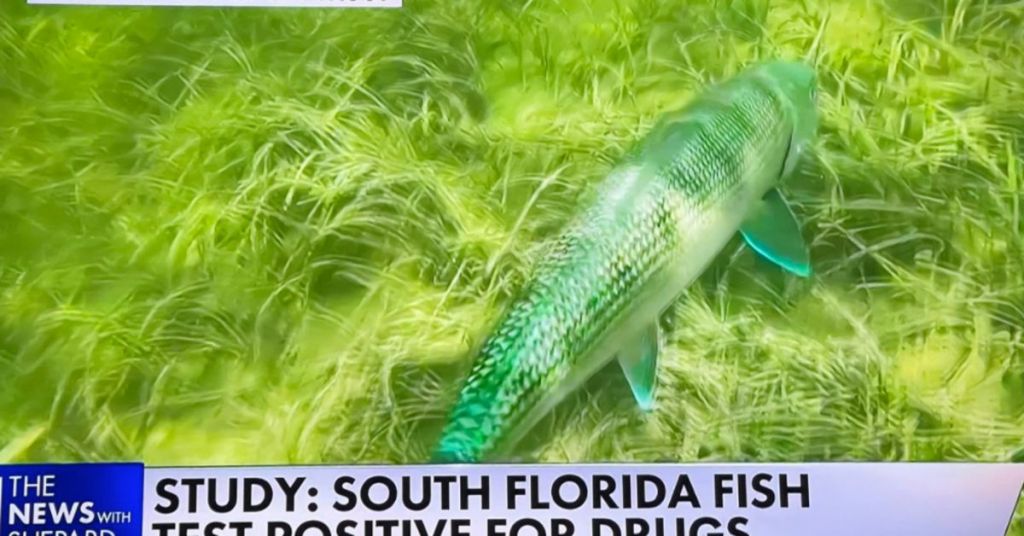 Earlier this year, a study found fish off the Biscayne Bay and the Florida Keys have tested positive for several pharmaceutical drugs as human wastewater makes its way out into the ocean.

Bonefish are a family of fish found throughout the Atlantic and Pacific oceans, and tarpons are found in the Atlantic and Indo-Pacific oceans. Nicknamed “grey ghosts” for their lustrous silver scales, remarkable stealth, and speed, bonefish can swim at up to 40mph. This species, protected by catch-and-release laws in the US, is revered by anglers around the world, many of whom visit Florida to seek the elusive fish.

Among the drugs discovered in the fish populations by Florida International University and nonprofit scientists since 2018 were antidepressants, antibiotics, pain relievers, and prostate medications. The findings reflect a serious problem with ocean contamination from human wastewater, the university said. "These findings are truly alarming," warned lead researcher Jennifer Rehage, a coastal and fish ecologist and associate professor at the FIU Institute of Environment.

"Pharmaceuticals are an invisible threat, unlike algal blooms or turbid waters. Yet these results tell us that they are a formidable threat to our fisheries, and highlight the pressing need to address our longstanding wastewater infrastructure issues."

The group detected that each bonefish and tarpon had an average of seven drugs in its system, with one bonefish tallying in a whopping 17 different drugs in its blood and tissues. "Coastal fisheries face increasing threats associated with human-based contaminants," BTT President and CEO Jim McDuffie stated.

"Pharmaceuticals are an often overlooked dimension of water quality and their presence in South Florida bonefish is cause for concern. These contaminants pose a significant threat to the flats fishery, an important part of Florida's recreational saltwater fishery, which has an annual economic impact of $9.2 billion and directly supports over 88,500 jobs."

According to the Daily Mail, the Florida coast study comes three years after a similar one conducted in Australia found that fluoxetine disrupts the foraging behavior of the eastern mosquitofish.

The International Union for the Conservation of Nature (IUCN) categorizes bonefish as "near threatened," with their population declining due to a combination of fishing, habitat loss, and water contamination.

The specific health consequences of pharmaceutical contamination on marine life are not yet fully understood but there is evidence of multiple negative effects.

“[It] can provoke several consequences, mainly on the behavior of fish, but it can also affect their ability to reproduce and their endocrine system,” says Elena Fabbri, a professor at the department of biological, geological, and environmental sciences at Bologna University in Italy.

The problem is not limited to Florida. Experts say there is an urgent need to improve wastewater infrastructure globally to remove pharmaceuticals before they reach the ocean.

Improved wastewater management is important, but the pharmaceutical industry itself also has a responsibility to tackle the issue by exploring greener alternatives, says Elena Fabbri, a professor at the department of biological, geological, and environmental sciences at Bologna University in Italy. “We cannot ban these substances because we need them, but we could favor or push pharmaceutical industries to find greener alternatives.” This could include producing drugs that break down faster in the environment.