Tom Cotton Contemplates 2024 Run - Can He Compete Against Trump Or DeSantis? 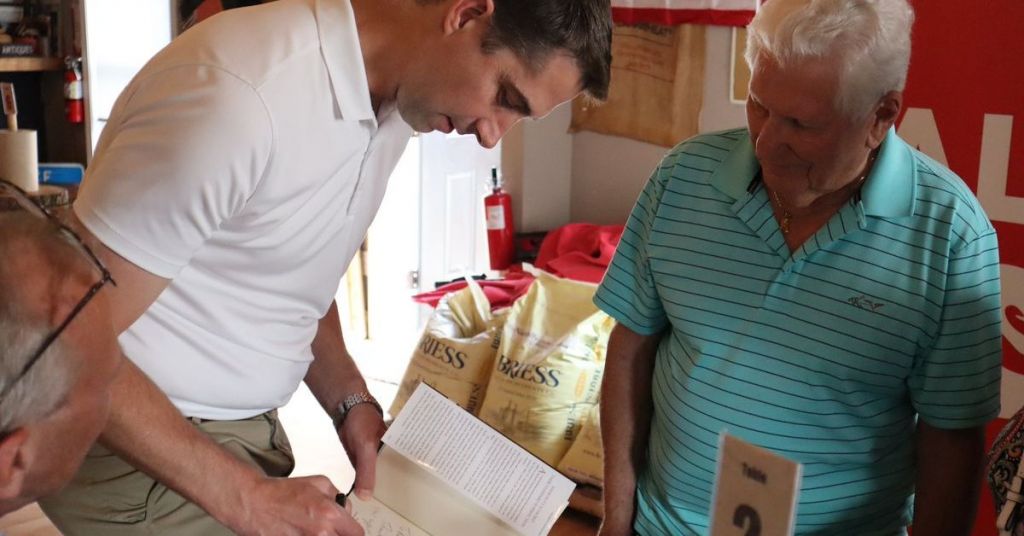 Sen. Tom Cotton is racking up the miles this year as he crisscrosses the country helping fellow Republicans running in November's elections.

Tuesday discovered the two-term senator from Arkansas and Army veteran who served in combat in the Iraq and Afghanistan wars in the key battleground state of New Hampshire, headlining a fundraiser for the state GOP.

"New Hampshire is ground zero this year, as is often the case. We've got a chance to win not just a Senate seat here but two House seats as well, both of which will help us take control of the House and the Senate," Cotton declared in an interview with Fox News at the Wentworth by the Sea Country Club.

The senator further headlined a fundraiser in Manchester for Hillsborough County Sheriff Chris Connelly as well as a reception for the Salem GOP throughout his packed one-day swing through the Granite State.

Cotton, who was in New Hampshire four weeks before the state's GOP Senate and House primaries, announced he was on a mission "to help put the party in a little bit stronger position. I look forward to coming back in a month or so once we have our nominees and campaigning for those nominees in the general election."

"This election is really crucial to put the brakes on the Biden agenda, so we stop spending these trillions of dollars that is putting so much strain on families' budgets due to the inflation it causes. So we can start conducting some of the investigations that need to be held in places like the Department of Justice, the FBI, or other runaway agencies," Cotton claimed.

After listing off several states he's recently visited, Cotton stressed, "I'll be going to other states where we have new nominees, campaigning for them, so I can make sure that we win back the House and the Senate."