What Do These Have In Common? 'Recession'; 'Woman'; 'Border Crisis'; Temporary Inflation 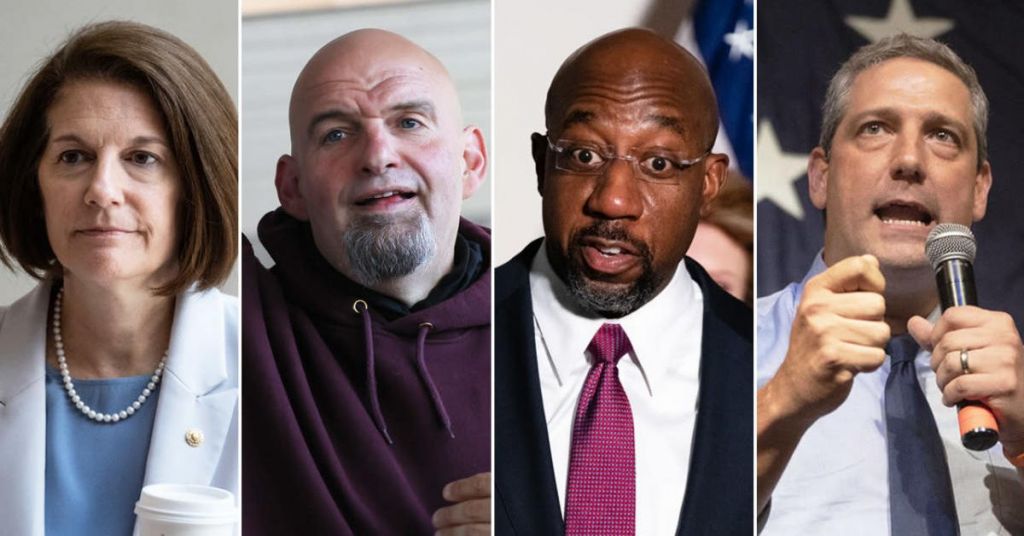 The answer is simple; these are all things that Democrats refuse to define. (title credit goes to GOP Chair Ronna McDaniel) - and now Fox Digital is highlighting the most prominent Dems to shy away from even trying.

Several Democrats pursuing election or re-election in states around the nation declined to provide a definition for the word "woman" or suggest their views on whether men can become pregnant.

Fox News Digital reached out to many Democratic candidates regarding the matters and got no responses from the campaigns of Sens. Raphael Warnock, D-Ga., Catherine Cortez Masto, D-Nev., Mark Kelly, D-Ariz., and Maggie Hassan, D-N.H., and Senate nominees John Fetterman of Pennsylvania, Tim Ryan of Ohio, and Cheri Beasley of North Carolina.

Before the midterm elections and throughout the debate on whether abortion should be protected federally, many individuals, including media members, have begun defending the contentious idea that men can get pregnant and have abortions.

In May, Aimee Arrambide, the executive director of the pro-choice nonprofit Avow Texas, was questioned by Rep. Dan Bishop, R-N.C., to define what "a woman is" throughout her testimony on abortion as a Democrat witness before the House Judiciary Committee.

"I believe everyone can identify for themselves," she replied.

Bishop then asked Arrambide whether she thinks "men can become pregnant and have abortions," to which she simply replied, "Yes."

Earlier this month, Sen. Josh Hawley, R-Mo., made headlines after he clashed with a liberal University of California-Berkeley professor whom he questioned for her repeated use of the term "people with a capacity for pregnancy" throughout a Senate Judiciary Committee hearing on the Supreme Court's recent ruling on abortion. Hawley asked Professor Khiara Bridges if she meant to refer to "women" when she repeatedly used the phrase.

"There are also trans-men who have the capacity for pregnancy," Bridges answered, continuing that "cis-women" and "non-binary people" do get pregnant from sexual intercourse. Bridges further called Hawley's asking "transphobic and opens up trans-people to violence."

"Here is the modern Democrat Party today," Hawley later explained to Fox News. "It [deems] that you have to say that ‘men can get pregnant.' And if you don't say it, you are a bigot and responsible for the violence."

"That is the party line," he continued. "Let's not forget who invited this witness. She was there as a Democrat witness. You didn't see a single Democrat disagree with that. In fact, they're all over social media applauding her and saying, 'Oh, that's exactly right.'"

after Hawley's exchange with the Democrat witness, Washington Post politics writer Mariana Alfaro lashed out at him. The paper gave credence to Bridges' announcements that appeared unwilling to say only biological women could get pregnant. According to Alfaro, Hawley "refused to acknowledge transgender people" by not recognizing the "gender-neutral" language Bridges used.