There Is A Deep Divide In The Democrat Party, And This Biden Stance Is Only Going To Make It Worse 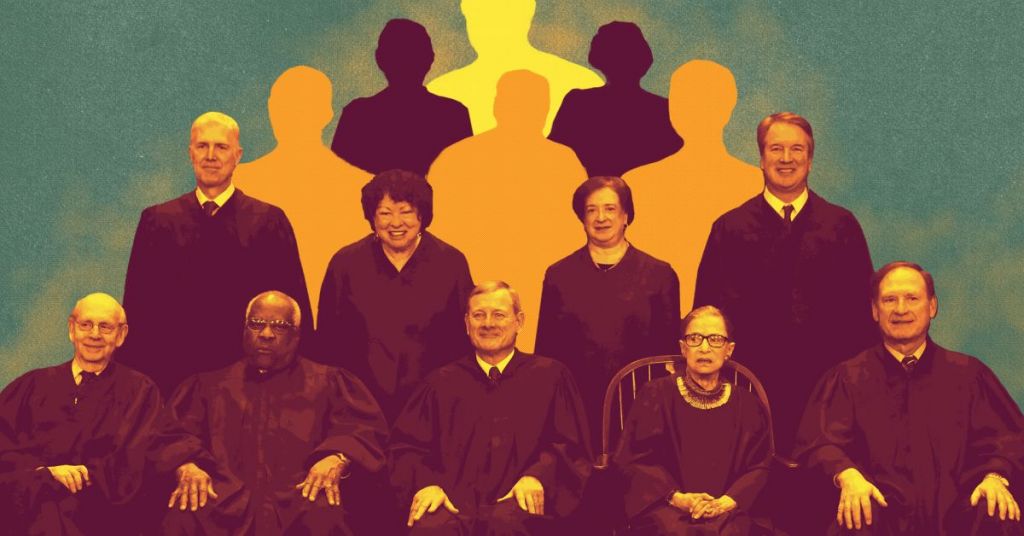 It is well known that the Democrats have a problem, a schism between moderates and far-left nutjobs known as progressives. But it just got a little more contentious after it was confirmed that President Joe Biden does not back the Progressive push to expand (AKA Pack) the Supreme Court. The AOCs are pissed.

White House press secretary Karine Jean-Pierre confirmed the President's stance, one he has held for decades, on the matter during an Air Force Once presser. Some Democrats have supported 'court-packing' in recent years, but those calls were increased following SCOTUS' judgment to overrule key abortion cases Roe v. Wade and Planned Parenthood v. Casey on Friday. It is noteworthy that in the two decades since the Clinton era when some democrats first brought up adding SCOTUS members, not one call to change the make-up of the court came from Republicans, even as left-leaning justices held the majority of the legal body.

Many of Biden's fellow Democrats have argued for expanding the court to offset the impact of the three justices appointed under former President Donald Trump's administration.

"So, I know I've… I was asked this question yesterday, and I've been asked it before — and I think the president himself … about expanding the court," Jean-Pierre said to reporters. "That is something that the president does not agree with. That is not something that he wants to do."

"A stolen, illegitimate, and far-right Supreme Court majority appears set to destroy the right to abortion, an essential right which protects the health, safety, and freedom of millions of Americans. There is no other recourse. We must expand the court," Sen. Ed Markey, D-Mass., tweeted soon after news of the court's intent to overturn Roe leaked.

"They just took the last of it and set a torch to it," she added. "I believe we need to get some confidence back in our court and that means we need more justices on the United States Supreme Court."

Biden called on Congress to restore abortion protections through legislation last week, saying he cannot do so from the White House.

"Let me be very clear and unambiguous: the only way we can secure a woman's right to choose — the balance that existed — is for Congress to restore the protections of Roe v. Wade as federal law," Biden said. "No executive action from the president can do that."

Following the court's latest rulings, especially its decision to overturn Roe, prompted a chorus of progressive Democrats calling for expanding the number of justices on the bench.