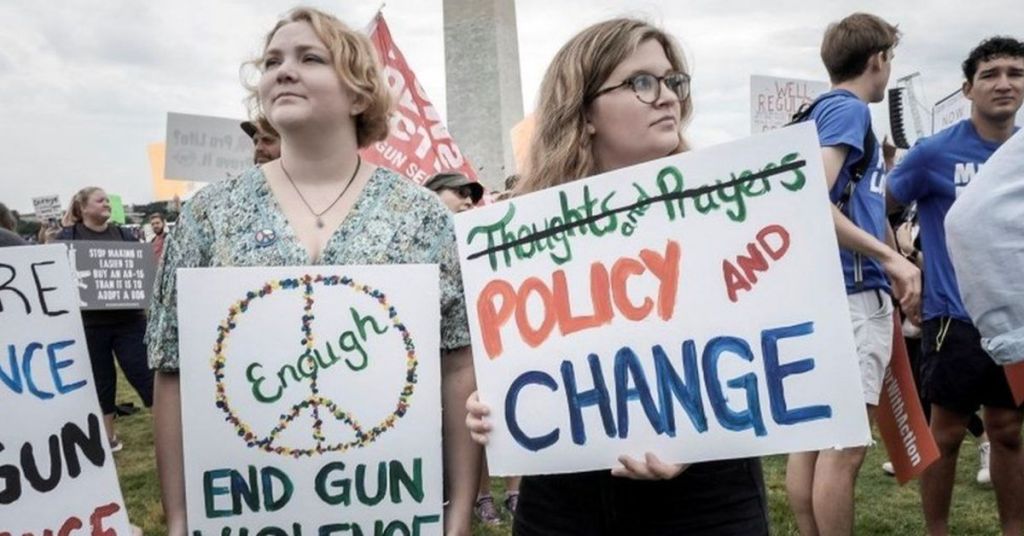 "God willing, it's going to save a lot of lives," Biden announced at the White House after signing the bill with his wife Jill by his side.

The bipartisan bill came together only weeks after mass shootings in Uvalde and Buffalo that slew over 30 people, including 19 children at an elementary school.

The law includes provisions to assist states in keeping guns out of the hands of those regarded a danger to themselves or others.

The reform came the same week as the Supreme Court expanded gun owners' rights, stating on Thursday for the first time that the U.S. Constitution protected an individual's ability to carry a handgun in public for self-defense.

"The Supreme Court has made some terrible decisions," Biden said to reporters after that ruling, and another on Friday that eliminated the right to abortion nationwide.

Gun control has long been a divisive matter in the country with several efforts to put new controls on gun sales failing time after time.

Biden, who is looking to improve sagging public approval ratings before Nov. 8 midterm elections for control of Congress, made securing victories on gun control a part of his campaign pitch to voters.

The new law blocks gun sales to those convicted of abusing unmarried intimate partners and cracks down on gun sales to purchasers convicted of domestic violence. It further provides new federal funding to states that administer "red flag" laws intended to remove guns from people regarded as dangerous to themselves and others.

It does not ban sales of assault-style rifles or high-capacity magazines. Though it does take some steps on background checks by permitting access, for the first time, to information on significant crimes committed by juveniles.

"At this time when it seems impossible to get anything done in Washington, we are doing something consequential: If we can reach compromise on guns, we oughta be able to reach compromise on other critical issues," Biden announced before traveling to Germany for the Group of Seven rich nations summit.

"I know there's much more work to do, and I'm never gonna give up. But this is a monumental day."

He stated he would host families of gun violence victims and lawmakers at a White House event on July 11 to mark the passage of the gun safety law.