Biden's Approval: Even Within His Party, Numbers Take A Huge Blow 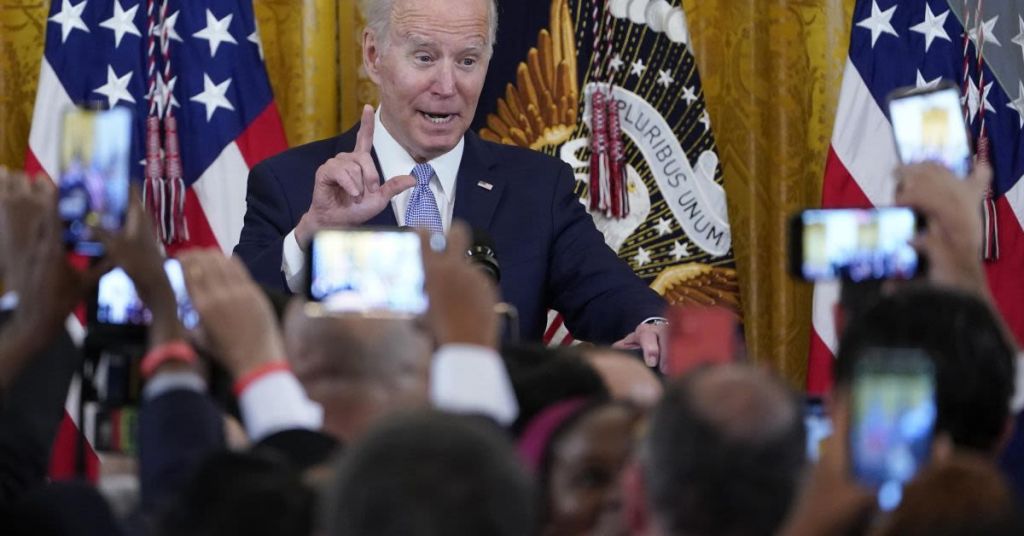 Only 69 percent of Democrat voters approve of President Joe Biden, according to Monday polling by Civiqs.

Biden’s decrease in approval represents a new low for the president, which had been steadily declining since March.

For perspective, Biden’s approval among Democrats in the spring of 2021 was hovering above 90 percent. Since then, Biden’s approval among members of his party started to decrease amid the delta strain of coronavirus, the deadly departure from Afghanistan, 40-year-high inflation, increasing gas prices, and Russia’s attack on Ukraine, despite Biden’s sanctions.

In contrast, Trump held an approval rating among Republicans that hovered roughly 90 percent for years until January 12, falling to 85 percent only before leaving office. Biden’s approval rating is a full 16 points worse than Trump’s last approval rating score.

Trump’s worst disapproval rating among the GOP was 11 percent. Biden’s current disapproval among Democrats is 13 percent, the worst of his presidency.

Biden’s approval index has spent roughly 30 percent of his term below -25, far worse than former President Trump’s, according to Rasmussen Reports.

Biden’s approval rating hit 39 percent last week in a Morning Consult poll, which was an all-time low at the time in that survey.

Biden has declared that he is focused on lowering inflation. To deal with gas prices, Biden has ordered the release of millions of barrels of oil from the U.S. strategic reserve.

The latest Reuters-Ipsos poll was carried out on June 13 and 14 and among a total of 1,005 respondents. The margin of error in the survey was 4 percentage points.

Meanwhile, Americans split 40%-40% when questioned whether they would vote for a Republican or a Democrat for Congress if the election was held today. Independent analysts and strategists in both parties say Republicans are likely to pick up the handful of seats they ought to take control of the House. Democrats now hold 220 House seats; 218 are required for control.