Trump Believes He Can Beat DeSantis In 2024 Primary, But A Joint Ticket Might Actually Be His Strategy 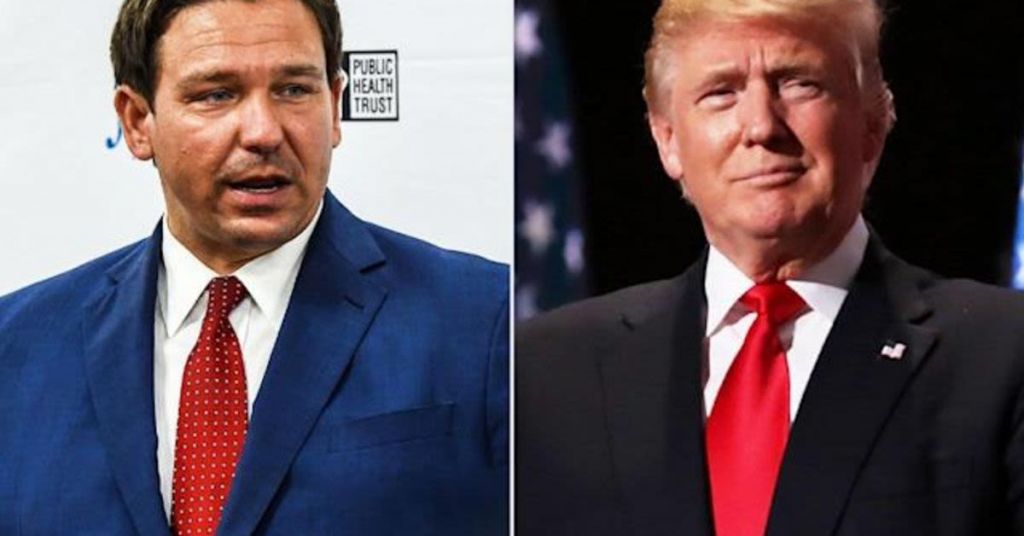 As the 2024 presidential race nears, Republicans watch two giants who could face each other in the primary contest. Two options are that Trump and DeSantis are operating in tandem to hype up a joint ticket in 2024, or that Trump hopes that this tactic of chest pumping will lead to DeSantis being willing to run with him,.

Former President Donald Trump is still dominating the Republican Party, with 60% of Republican voters who believe Trump should continue to lead the party, and only 34% thinking the party should move in a different direction. However, Florida Gov. Ron DeSantis has grown in popularity for a 2024 run in recent months, drawing attention from Trump.

“I don’t know if Ron is running, and I don’t ask him, It’s his prerogative. I think I would win," Trump said in an interview with the New Yorker.

DeSantis earned national prominence for his response to the COVID-19 pandemic in 2020. Florida was one of the earliest states to reopen amid the virus's spread, and DeSantis molded himself as an anti-Anthony Fauci, spurning a strong government approach during the pandemic.

Recent events have got more attention to DeSantis as a 2024 candidate. Tesla CEO Elon Musk recently tweeted his approval for the Florida governor in 2024, and DeSantis responded by welcoming support from "African Americans."

While DeSantis has often overlooked claims of him running in 2024, he has not ruled out the possibility. Instead, DeSantis has wished to assert that he "is focused on 2022."

Meanwhile, Trump has teased a 2024 run since leaving office in January 2021. At the Faith and Freedom Coalition's "Road to Majority" conference in Nashville, Tennessee, Trump asked the crowd, "The next Republican president. I wonder who that will be? Would anybody like me to run for president?" The crowd responded with a roaring cheer.

Sen. Rick Scott (R-FL) has also praised Trump for "having a good four years" and said he "ought to do it again."

Nevertheless, Trump is not famous in all areas of the Republican Party, and the former president's detractors might see DeSantis as a proper replacement.

“Trump is not that man. He does not have the capacity to win this kind of transformative election. He may have been, historically, a necessary figure, and I give him all credit for bringing to a screeching halt the progressive march that occurred under the Obama administration and threatened the country going forward with Hillary Clinton," Former Attorney General Bill Barr told the Washington Examiner in early June.