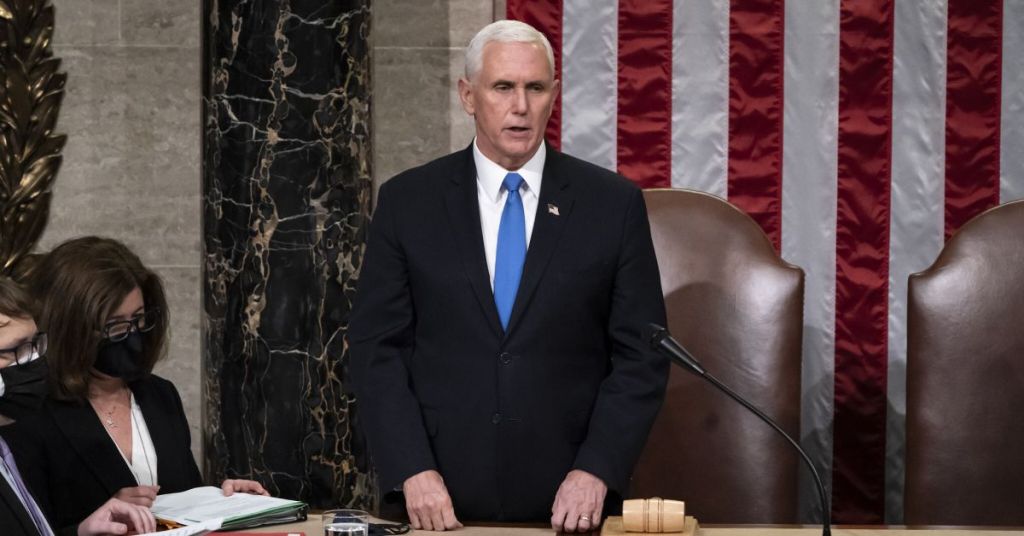 ​Rep. Adam Schiff, a member of the House select committee probing the Jan. 6 Capitol riot, announced it is a “possibility” that the panel will subpoena former Vice President Mike Pence.

“We’re not taking anything off the table in terms of witnesses who have not yet testified,” Schiff stated on CNN’s “State of the Union.”

“We would still, I think, like to have several high-profile people come before our committee. But, at the moment, I can’t disclose what private conversations may or may not be going on with respect to certain individuals. But there are still key people we have not interviewed that we would like to,” the California Democrat announced.

“Certainly a possibility. We’re not excluding anyone or anything at this point,” Schiff replied.​

Though Pence declined because he did not have the constitutional power to do so.

Witnesses further recounted how Trump called his former No. 2 a “wimp” and the “p-word” in a “pretty heated” phone call earlier that morning, and later posted a tweet as the mob stormed the Capitol stating Pence “doesn’t have the courage to do what should have been done to protect our country.”

Schiff further announced that the committee wants to hear from Virginia “Ginni” Thomas, the wife of Supreme Court Justice Clarence Thomas, about texts she sent to then-White House chief of staff Mark Meadows and other Trump supporters after the 2020 election.

“We want to know what she knows, what her involvement was in this plot to overturn the election,” Schiff stated on CNN.

“She has said that she is willing to come in and testify voluntarily. We’re glad to hear that. … And so we have a range of questions to ask her,” he announced. “Obviously, I think the committee will be interested, among other things, whether this was discussed with Justice Thomas, given that he was ruling on cases impacting whether we would get some of this information.”​

In an interview last week, Thomas stated she looks forward to speaking to the panel.​​

“I can’t wait to clear up misconceptions. I look forward to talking to them,” ​s​he announced.​

In a text to Meadows on Nov. 10, 2020, Thomas pressed him: “Help This Great President stand firm, Mark!!!” according to the Washington Post.

“You are the leader, with him, who is standing for America’s constitutional governance at the precipice. The majority knows Biden and the Left is attempting the greatest Heist of our History​,” she stated. ​