Red Wave Begins: GOP Flips Seat Democrats Have Held Since 1870 And Does It In Style 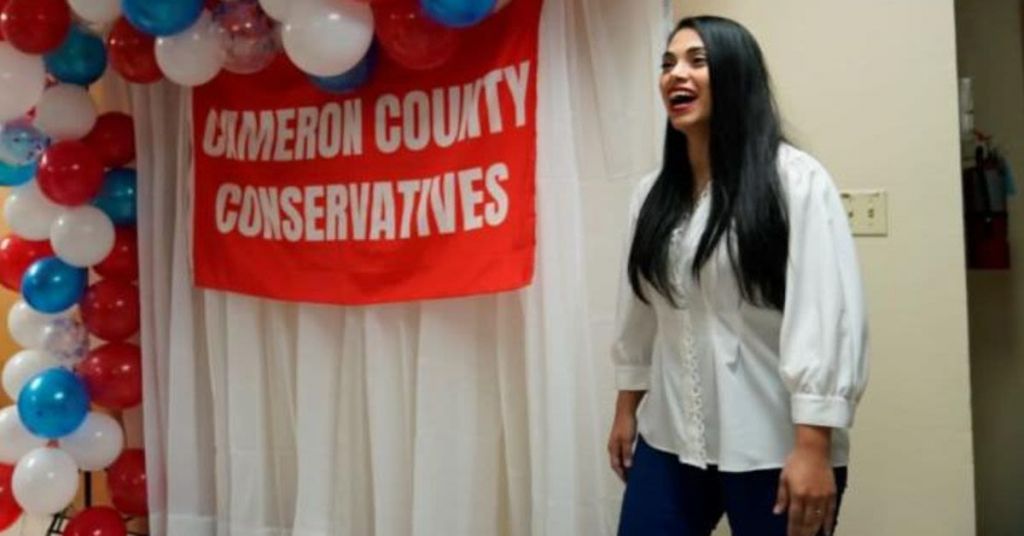 Republican Mayra Flores beat the leading Democratic candidate for an open congressional seat in a historically blue region of South Texas in a Tuesday special election. Adding insult to injury to the Democrats who claim to be the party of Latinos, Flores is the very first Mexican-born person to win a Congressional seat.

Flores garnered roughly 51% of the vote to top Dan Sanchez, who got 43% of the vote with all precincts reporting. Democrats have held this seat for over 150 years, and relied on this seat to maintain their balance. If longstanding seats are falling for the Democrats so handily, Pelosi and company have much to worry about coming this fall.

The seat had been vacated in March by former Democratic Rep. Filemon Vela.

“For over 100 years, we have been taken for granted,” she explained to her supporters, according to the report. “I will show you what real representation looks like. I will represent all people.”

Sanchez conceded Tuesday night and blamed Democrats for their lack of support.

“Based on the results, we came up short tonight …” he announced in a statement to the Tribune.

“Too many factors were against us, including little to no support from the National Democratic Party and the Democratic Congressional Campaign Committee.”

Another election for the seat will be held in November.

Flores, supported by Texas Gov. Greg Abbot and Senator Ted Cruz., spent more than $1 million on commercials for the election while the Democrats decided it wasn’t worth investing in a race that would be up for grabs again in the fall, the paper reported.

President Joe Biden had won the Texas 34th district by only 4 points in the 2020 election.

Gonzalez announced he would not leave his current seat in the 15th district in the middle of the year.

Flores, who came to the U.S. from Mexico when she was six years old, will become the nation’s first Mexican-born congresswoman. The congresswoman-elect has frequently touted her husband’s job as a Border Patrol agent.

Her win will probably boost Republican optimism regarding the party’s prospects in southern Texas and along the border. The GOP has been looking to make gains in these areas since former President Trump performed well there in 2020.

Her victory stands to give the GOP an extra seat in a narrowly divided House and momentum going into November.

Meanwhile, with heavy Republican backing, Flores far outraised her fellow special election candidates, plastering the airwaves with TV and digital advertisements in the month leading up to the primary. Many ads focused on her marriage to a Border Patrol agent and her achievement of “the American Dream,” while others denounced President Joe Biden for not controlling the border.