Pelosi Thinks Someone Cares About Her Feelings Towards Trump 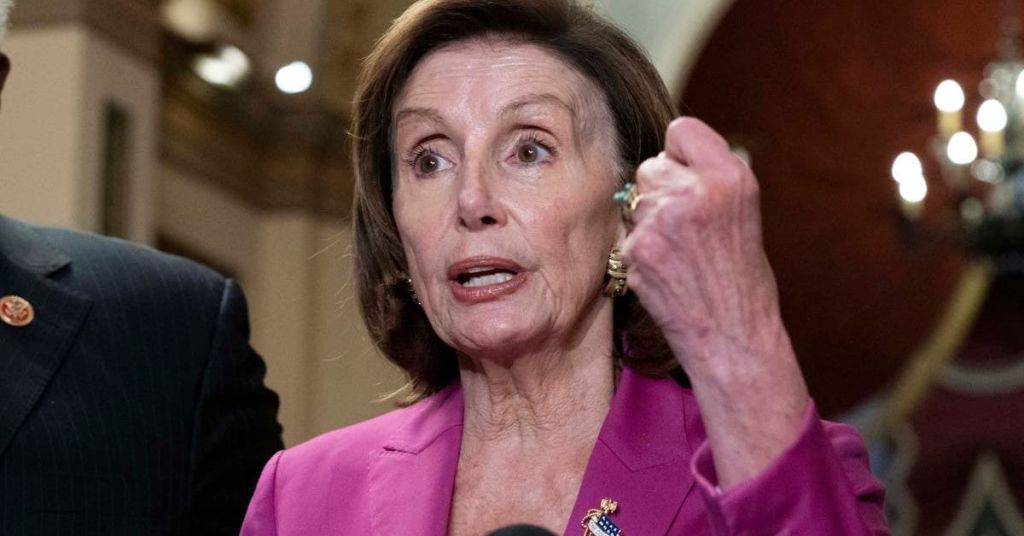 On Wednesday, House Speaker Nancy Pelosi blamed the Jan 6 U.S. Capitol attack on the 'intense partisan rancor that has enveloped Congress this year.' She said she will never forgive President Donald Trump, who she believes bears responsibility.

“I'll never forgive the former President of the United States and his lackeys, and his bullies that he sent to the Capitol, for the trauma that was exerted on our staff,” the California Democrat said. “The way it traumatized them, it was frightening.”

Pelosi was responding to a reporter’s question about “the breakdown of comity in Congress and the tensions between the two parties.”

Democrats are considering a solution to denounce Boebert’s remarks and perhaps deprive her of her committee assignments.

The Muslim aides wrote that “unchecked harassment” of Omar, a Minnesota Democrat and one of three Muslim members of Congress, has left them feeling unsafe and unwelcome.

“We must now come to work every day knowing that the same members and staff who perpetuate Islamophobic tropes and insinuate that we are terrorists, also walk by us in the halls of Congress.”

Democrats this year have already voted to strip two GOP lawmakers of committee assignments in response to social media posts that indicated violence against Democrats.

Pelosi did not address the letter instantly, nor did she tell whether the House will vote to penalize Boebert.

Instead, Pelosi returned to Jan 6 and the long-term trauma she believes was imposed on those in the U.S. Capitol. Hundreds of violent protesters pushed past police and metal barricades and broke into the building. The mob sent lawmakers and staff running for safety, and many were concerned for their lives.

“That’s something that you cannot just say, well, we'll do legislation to make sure this or that doesn't happen again. You cannot erase that,” Pelosi said.

Rep. Ayanna Pressley, a Massachusetts Democrat, prepared a resolution that would censure Boebert’s comments and take away her committee assignments.

“Representative Lauren Boebert should be removed from her committee assignments in light of conduct she has exhibited,” the resolution reads.