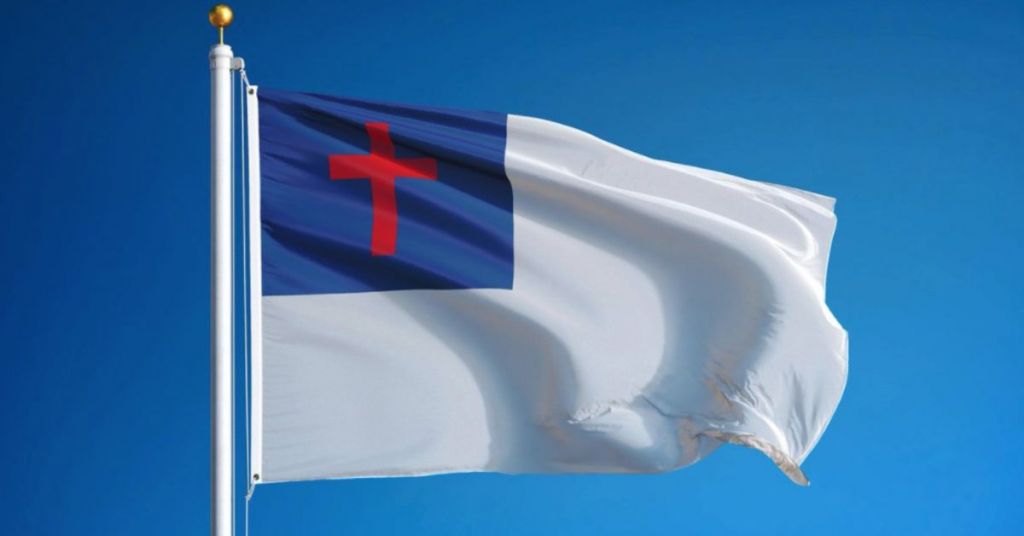 The Christian flag was raised in a victory for free speech outside Boston’s City Hall this week.

The Supreme Court deemed in May that Boston discriminated against a conservative activist because of his “religious viewpoint” when it dismissed his request to fly the white and blue flag with a red cross on a flagpole outside City Hall.

“We’re so pleased for this day,” Boston native Harold Shurtleff said at the flag-raising ceremony Wednesday, according to the Religion News Service. “We have a great Constitution, and we have a wonderful First Amendment, but just like when it comes to muscles, if you don’t use it, they get weak.”

In 2017, Shurtleff had requested to fly the Christian flag in honor of Constitution Day on Sept. 17.

Despite backing 284 consecutive applications to fly other flags temporarily, including those of other countries, Boston rejected the request because it was a Christian flag.

Supreme Court Justice Stephen Breyer wrote in the decision earlier this year that “the city’s lack of meaningful involvement in the selection of flags or the crafting of their messages leads us to classify the flag-raisings as private, not the government, speech — though nothing prevents Boston from changing its policies going forward.”

City Hall Plaza “is for the people to be able to represent their views and perspectives without the government telling them they can’t,” Alexandre said. “And if they open it up to one group, they must open it up to every other group.”

In response to the Supreme Court’s ruling, Boston City Council proposed a law demanding a council resolution or a mayoral mandate for a flag to be raised.

“Under the new process, a City Council resolution or mayoral proclamation will be required for a flag to be raised,” Mayor Michelle Wu said in a statement Tuesday. “The proposed ordinance will enable the city to continue to celebrate flag raisings while complying with the recent U.S. Supreme Court decision on the city’s previous process, which clarified the affirmative role required of the city government in maintaining the flag pole as a site for expressing the city’s values and ideals.”

The Christian flag was raised during a ceremony that highlighted guest speakers and lived music.

“The government must be able to decide what to say and what not to say when it states an opinion, speaks for the community, formulates policies, or implements programs. The boundary between government speech and private expression can blur when, as here, the government invites the people to participate in a program,” according to the Supreme Court filing of Shurtleff vs. Boston.