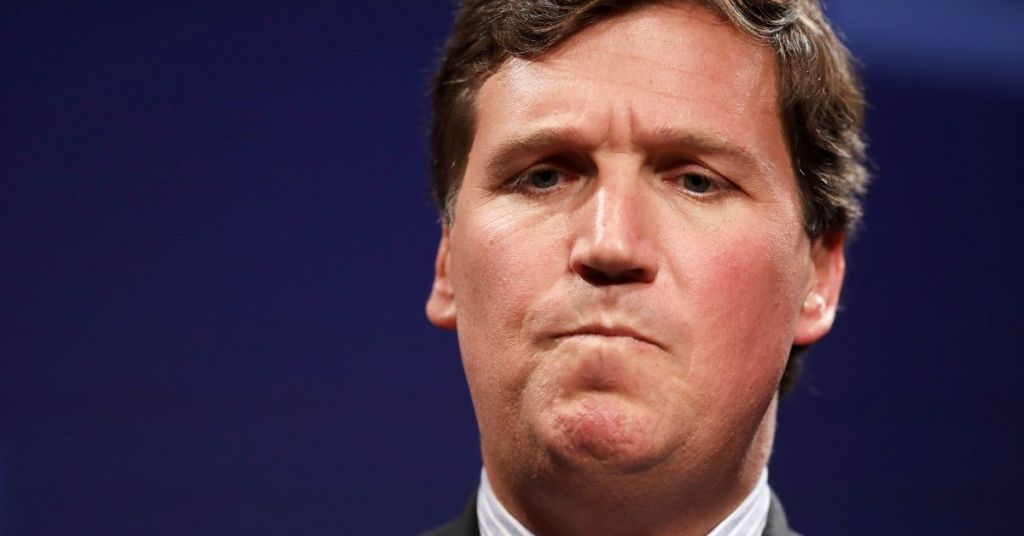 Videos emerged over the weekend of Carlson laughing it up with Trump at his Bedminster, New Jersey, golf course as backers broke out into boisterous "Let's go, Brandon" cheers.

Though Peters insists Carlson is not a Trump fan.

"There are a lot of people, Eric, who snicker behind Trump's back, who say that they support him publicly and they like his ideas, and they like him, but privately, it's a different story," Peters announced.

"In private, what [Carlson] says about Trump is very different than what he says about Trump in public, and it benefits him to be seen having photos taken with Trump at the golf course and everything," Peters stated.

Peters examined conservative media in his recent book "Insurgency: How Republicans Lost Their Party and Got Everything They Ever Wanted."

"But he didn't vote for Trump, as far as we know. I mean, I don't know. I wasn't there with him in the ballot box, but we know that Tucker Carlson is one of these people who benefit from having the Trump audience on his side but thinks very little of the people who make up that audience."

Peters says there is no love lost between Trump and Fox News's Rupert Murdoch and his son Lachlan, the Fox Corporation CEO, Peters stated.

"It's a fight between two very powerful figures: Rupert Murdoch and his son Lachlan, who controls Fox Corporation, on the one hand and Donald Trump," Peters explained to Bolling. "I think we've seen this time and time again where they are always looking to one-up one another – show each other who's boss.

"And, you know what? In this fight, there really is no boss."

Peters reported Trump has not been interviewed on the Murdoch-owned cable network for more than 100 days, while other Republicans were getting attention in his stead.

Yet Peters expects Fox News to jump back on covering Trump when it benefits the network.

"Fox News is deciding that, for now, it's sustainable to not really talk about Donald Trump – as much to criticize him wherever it's feasible," Peters announced.

"But, let's not fool ourselves, as soon as their viewers and Republican voters – who are their viewers – start going the other way, that's where Fox is going to be.

"I think that they know that Fox, that right now, they can afford not to have Donald Trump on the airwaves of the 24/7 like they used to, but we'll see what happens once he announces," he went on.