Axios Lies About Clarence Thomas, And Yet Liberal Media Reports That Article As Fact 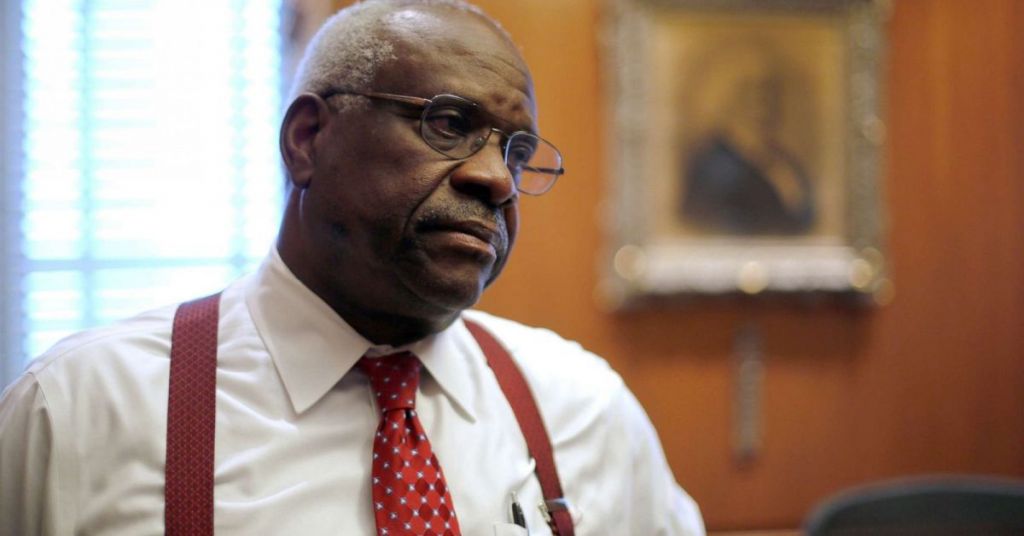 On Thursday, Axios published an article that made wrong claims regarding conservative Supreme Court Justice Clarence Thomas and an announcement he made about COVID-19 vaccines.

The outlet reported that Justice Thomas declared that COVID-19 vaccines are created with cells derived from "aborted children." Although, Thomas mentioned petitioners' arguments in his written dissent and did not say it as fact.

Thomas dissented to the Supreme Court's denial to hear a case on Thursday which challenged New York's vaccine mandate based on religion.

In the written dissent, Thomas announced, "Petitioners are 16 healthcare workers who served New York communities throughout the COVID–19 pandemic. The object on religious grounds to all available COVID–19 vaccines because they were developed using cell lines derived from aborted children."

Obviously, the Justice was paraphrasing the lawsuit, yet Axios chose to mislead readers by issuing a "reality check" on Thomas' announcements. A reality check is similar to a "fact check."

"Reality check: No coronavirus vaccine in the U.S. contains the cells of aborted fetuses," Axios stated.

Furthermore, "Some vaccines have used fetal cell lines during the early stages of the vaccine development, but the final products do not contain fetal cells. Additionally, these fetal cells came from elective abortions "performed decades ago."

The outlet was pushed to update the article and issued an editor's note after getting backlash across social media for publishing the false allegations.

"Editor's note: The headline and lead of this story has been updated to note Thomas was referencing cells of "aborted children" in his dissent," Axios announced.

Vaccine manufacturers Pfizer and Moderna had used fetal cell lining early throughout Covid vaccine development to test the efficacy of their formulas.

The fetal tissue that was utilized in such processes was from elective abortions that took place decades ago.

The cells used have since been replicated many times over and none of the original tissue was used in the making of such modern-day vaccines.

The vaccines contain genetic material that instructs cells to make proteins, known as messenger RNA which trains the immune system to fight off the coronavirus.

The vaccines also contain fats known as lipids that help RNA cross cell membranes, together with salt, sugar and substances used to help stabilize the ingredients.

Anyway, you must be wondering why fetal cells are used to make vaccines.

Historical fetal cell lines were derived in the 1960's and 1970's from two elective abortions and have been used to develop vaccines for diseases like hepatitis A, rubella, and rabies.

Abortions from which fetal cells were obtained were elective and were not done for the purpose of vaccine development.