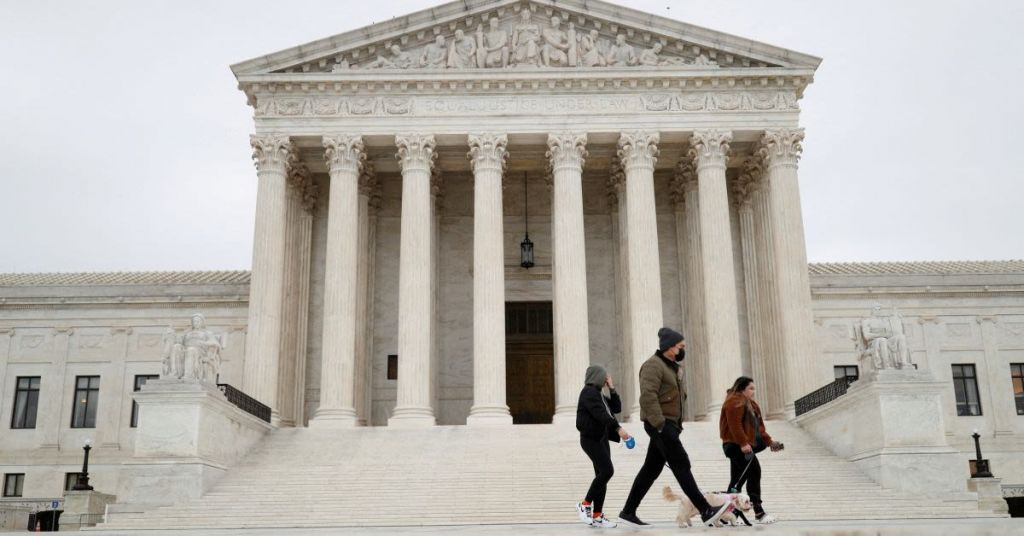 Climate regulation could be the following Democratic priority to fall to the Supreme Court.

The court issued two major choices this week — regarding guns and abortion — and is expected to soon rule on a case that has significant implications for what powers the Environmental Protection Agency (EPA) has to regulate climate change.

Specialists say a court ruling in favor of those attempting to curb the EPA’s authority could stunt the agency’s ability to prevent climate change from getting worse.

“The more tools the court takes away from the EPA, under the Clean Air Act to address greenhouse gas emissions, the harder it’s going to be for the United States to do an effective job of contributing to the world’s efforts to limit climate change,” announced Robert Glicksman, an environmental law professor at George Washington University.

The court in February heard arguments concentrating on the scope of the EPA’s powers to enact climate regulations.

The case was brought by many states led by West Virginia, who are attempting to preemptively block the Biden administration from setting standards that are probably to result in a shift away from coal plants and towards those powered by cleaner energy sources.

West Virginia argued the EPA doesn’t have the authority to set standards that encompass an entire sector of the energy industry and, instead, is limited to only setting limitations on individual power plants.

While the distinction may sound technical, specialists say it could have significant implications for how much planet-warming carbon dioxide ends up in the atmosphere.

William Buzbee, a law professor at Georgetown University, the court limiting the EPA to regulations within a physical power plant would probably end in more tons of planet-warming carbon dioxide emitted overall.

He announced in an email that giving the EPA broad powers would enable it to use methods like emissions trading and shifting toward cleaner energy sources that are already being used by the power companies that are most effective at cutting planet-warming emissions.

“A broad interpretation of EPA power would set national standards based on the ‘best systems’ used by the most effective pollution-reducing power companies, requiring the same for all power plants,” he announced.

Max Sarinsky, a senior attorney at the Institute for Policy Integrity, though, stated there are some power plant-specific regulations that can be effective at fighting climate change.

“Source-specific regulations like heat rate improvements, co-firing, carbon capture or some combination of various approaches — they can be quite environmentally effective,” Sarinsky announced.