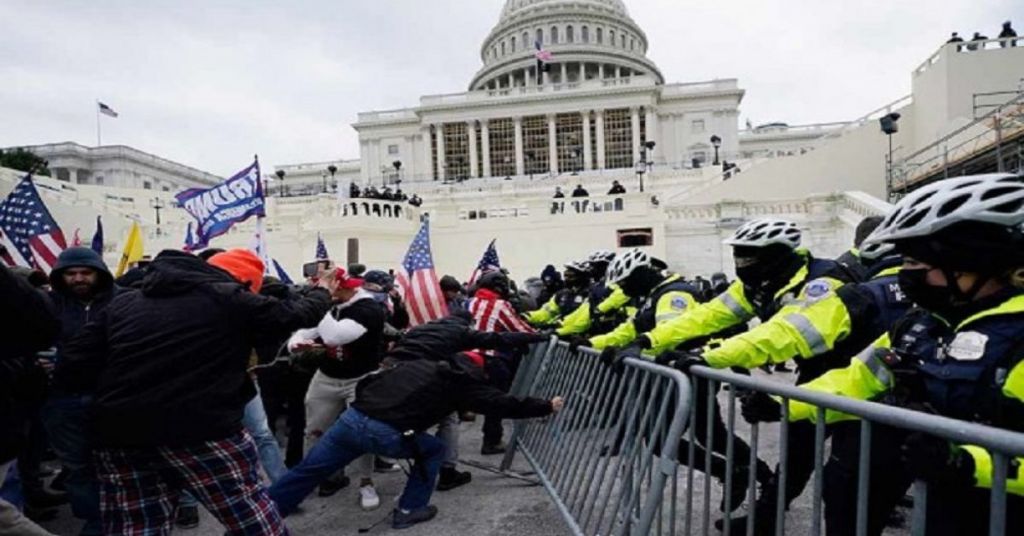 The Department of Homeland Security is cautioning regarding an increase in "domestic violent extremist activity" in response to the US Supreme Court's overturning of Roe v Wade. The warning said far-left extremists would "intensify violence against a wide range of targets."

The department made the comments in a June 24 memo, the same day the court turned abortion regulation to state legislatures.

The Post Millennial editor-at-large Andy Ngo announced that the threat of violence comes from the far-left in response to the Supreme Court ruling.

Protests have already coalesced into violence. Hours after the Supreme Court's conclusion, a pro-life counter-demonstrator was pepper sprayed and tackled to the ground by a pro-abortion fanatic.

The memo stated federal and state government officials, including judges, and facilities are most at risk for violence.

Already there was a recent assassination effort on Justice Brett Kavanaugh by a radical 26 year old leftist. On June 8, Nicholas John Roske was arrested outside the Justice's Maryland home with a gun, a knife, burglary tools, and claimed intent to kill the judge because of his opinion about abortion.

The memo further named the radical pro-abortion group Jane's Revenge which has been terrorizing pro life centers since May.

"In late May, a network of loosely affiliated suspected violent extremists, known as 'Jane's Revenge' - which has been linked to arson attacks against the buildings of ideological opponents - shared a post encouraging a 'night of rage.'"

Jane's Revenge posted a communique in May claiming accountability for the firebombing of a pro-life organization in Madison, Wisconsin. The group's hallmark is to tag locations with phrases such as "if abortions aren't safe, neither are you."

"We expect violence could occur for weeks," the memo stated.

Jane's Revenge has announced "30 days of mercy" has expired and called for a lasting "night of rage."

"We need the state to feel our full wrath" and "we need them to be afraid of us," the group announced.

Protests are supposed to proceed in cities across America for the next few weeks.

The Antifa group broke windows of nearby buildings and adjoining protest groups started to coalesce with the main protest group downtown.