What Is Taking So Long? Trump Urges SCOTUS Marshal To Look At Reporter To Find The Leak 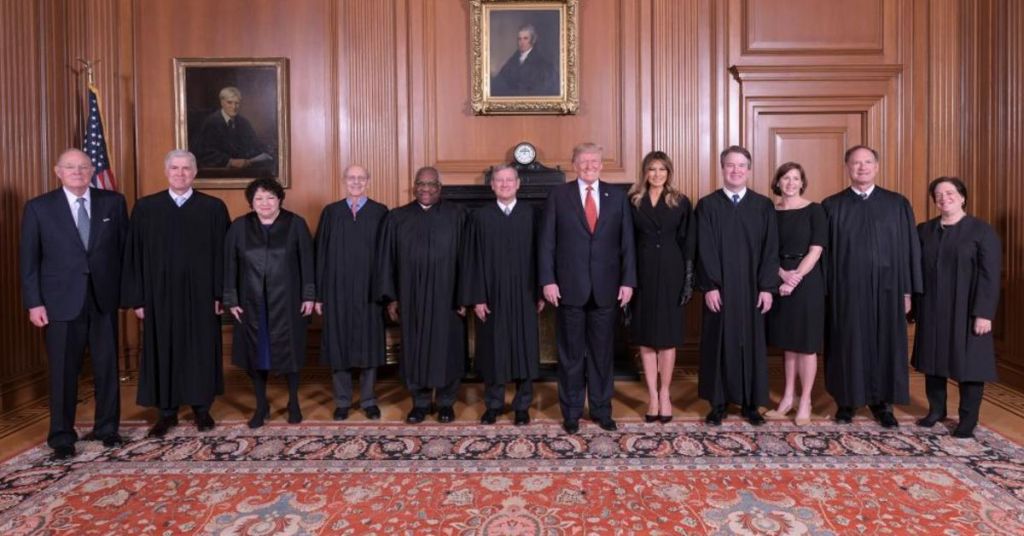 Former President Donald Trump says the Supreme Court must "find, reveal, and punish" the person who leaked the draft opinion that would overturn Roe v. Wade.

"Very easy to do — Go to the reporter who received the leak," Trump posted on social media platform Truth Social Wednesday morning.

"This is a tremendously serious matter that has never happened, to anywhere near this extent, before. The Court will be compromised and demeaned until this very big problem is solved!"

Supreme Court officials have been seeking the source of the leak since Politico posted the draft opinion in May, including taking measures to demand law clerks to supply cellphone records and sign affidavits.

Chief Justice John Roberts met with law clerks as a group after the breach, according to CNN, and ordered the Court's marshal, Gail Curley, to lead a probe into the source of the leak.

"I wonder how long we're going to have these institutions at the rate we're undermining them. And then I wonder when they're gone or destabilized, what we will have as a country? And I don't think the prospects are good if we continue to lose them," he added.

He also seemed to blame Roberts for the atmosphere of the Court and its equilibrium.

"This is not the court of that era," Thomas said, adding: "We actually trusted each other. We may have been a dysfunctional family, but we were a family."

Republicans have called for a vigorous investigation. "My focus is on finding the person who leaked it, making sure they're investigated, held accountable and had their career, and everything involving [it], done," Sen. Thom Tillis, R-N.C., told reporters shortly after draft was leaked.

The Supreme Court has voted to repeal the landmark Roe v. Wade ruling, according to a first draft majority opinion written by Justice Samuel Alito.

The draft opinion is a full-throated, courageous repudiation of the 1973 decision which guaranteed federal constitutional protections of abortion rights and a subsequent 1992 decision — Planned Parenthood v. Casey — that largely maintained the right. “Roe was egregiously wrong from the start,” Alito writes.

“We hold that Roe and Casey must be overruled,” he writes in the document, labeled as the “Opinion of the Court.” “It is time to heed the Constitution and return the issue of abortion to the people’s elected representatives.”

Deliberations on controversial cases have in the past been fluid. Justices can and sometimes do alter their votes as draft opinions circulate and major decisions can be subject to multiple drafts and vote-trading, sometimes until just days before a decision is revealed. The court’s holding will not be final until it is published, likely in the next two months.