Mike Pence Comes To Defense Of Trump, While Decimating Democrats For 'National Distraction' 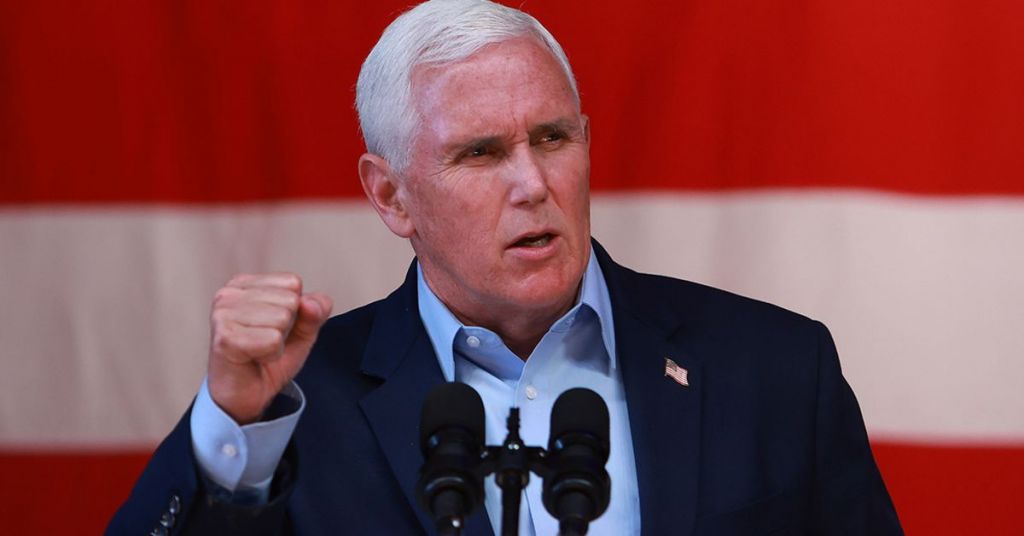 Chicago – Former Vice President Mike Pence announced Monday he "will not allow the Democrats" to use January 6 to "distract attention from their failed agenda" and endorsed former President Trump’s record, while indicating, though, that his choice on whether to run for the White House in 2024 will not be affected by Trump’s own re-election plans.

Throughout a sit-down interview with Fox News Digital on the sidelines of an address on economic policy at the University Club in Chicago, Pence reflected on the current state of the nation under the Biden administration, saying to Fox News that President Biden is "embracing the politics of the radical left."

"At a time when we have inflation at a 40-year-high, gasoline prices more than doubled since we left office, a crisis at our southern border, war in Eastern Europe, a disastrous withdrawal from Afghanistan, maybe this just comes from living back in Indiana again, but, those are the things I’m focused on, and frankly, those are the things people talk to me about everywhere," Pence announced. "The issues that are bearing upon the American people are, as is often the case, not what Washington is focused on."

Lawmakers on the House committee on Jan. 6 are probing the attack on the Capitol on Jan. 6, 2021 and claim that Trump’s insistence that the 2020 election was stolen stoked the violence as Congress convened to certify the Electoral College votes. The committee is holding a set of public hearings in an attempt to get Americans’ attention before the November midterm elections.

"January 6 was a tragic day, and I know we did our duty, but I will always be proud of our record," Pence said to Fox News. "And I am not going to allow the Democrats to use that tragic day to distract attention from their failed agenda or to demean the intentions of 74 million Americans who rallied behind our cause."

Pence explained to Fox News that after the 2020 election, he "had concerns about voting irregularities."

"I had hoped that the courts—including the Supreme Court—would have taken up and considered the fact that a number of states had changed rules governing elections," Pence announced. "But, ultimately, the courts passed on them, and the electoral college certified the outcome, and I knew that my oath was clear."

Pence stated that "by God’s grace," he knows he did his "duty that day, under the Constitution."

"The Bible says ‘he keeps his oath even when it hurts,’" Pence said. "I know what that means."

As for his relationship with Trump throughout the administration, Pence told Fox News: "We were very close friends."